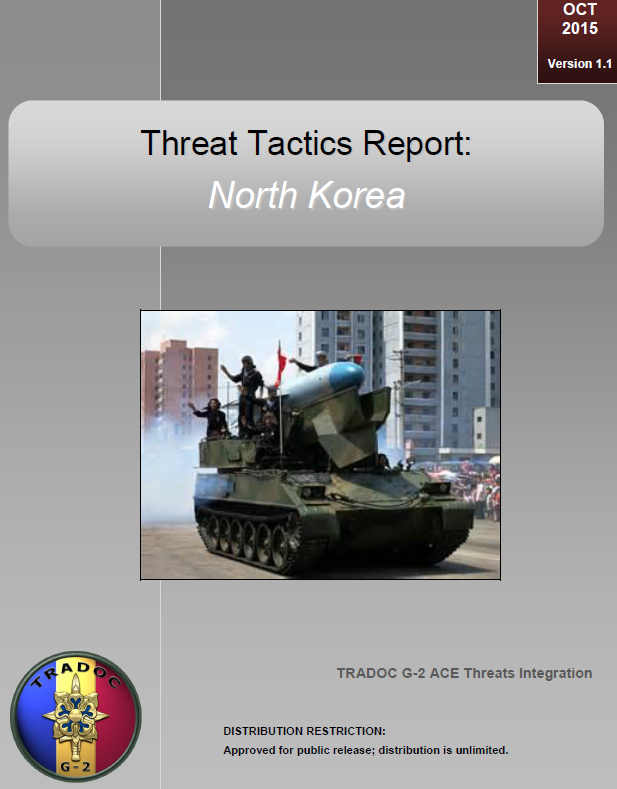 The Korean peninsula is a location of strategic interest for the US in the Pacific Command (PACOM), and many observers note that North Korea is an unpredictable and potentially volatile actor. According to the Department of Defense in its report to Congress and the intelligence community, the DPRK “remains one of the United States’ most critical security challenges for many reasons. These include North Korea’s willingness to undertake provocative and destabilizing behavior, including attacks on the Republic of Korea (ROK), its pursuit of nuclear weapons and long-range ballistic missiles, and its willingness to proliferate weapons in contravention of United Nations Security Council Resolutions.” Some of the latest evidence of irrational behavior is the elevation of Kim Jong Un’s 26-year old sister to a high governmental post late in 2014, the computer hacking of the Sony Corporation supposedly by North Korea during late 2014 over the possible release of a film that mocked Kim Jong Un, and the April 2015 execution of a defense chief for allegedly nodding off during a meeting. Over the past 50 years, North Korea has sporadically conducted operations directed against its enemies, especially South Korea. These actions included attacks on South Korean naval vessels, the capturing of a US ship and holding American hostages for 11 months, the hijacking of a South Korean airline jet, electronic warfare against South Korean signals including global positioning satellites (GPS), and assassinations or attempted assassinations on South Korean officials including the ROK president. The attempted 1968 Blue House Raid by North Korean elite military personnel resulted in the death or capture of all 31 infiltrators involved in the assassination attempt as well as the death of 71 personnel, including three Americans, and the injury of 66 others as the North Korean SPF personnel attempted to escape back to DPRK territory.

The purpose of this North Korean Threat Tactics Report (TTR) is to explain to the Army training community how North Korea fights including its doctrine, force structure, weapons and equipment, and the warfighting functions. A TTR also identifies where the conditions specific to the actor are present in Decisive Action Training Environment (DATE) and other training materials so that these conditions can easily be implemented across all training venues.

Although the North Korean military may feature some positive attributes as a fighting force, the KPA also suffers from many weaknesses as well. Much of the military’s equipment is old and obsolete. The North Korean military consciously refuses to rid itself of any equipment and still operate tanks that date back to World War II. This wide range of military hardware from many generations of warfare also generates logistical issues. The KPA’s supply personnel must not only find the spare parts for a large variety of equipment, the KPA maintenance personnel must be well-versed in the repair of a great assortment of vehicles and weapons. In addition, the DPRK lacks the logistical capability to support the KPA beyond a few months. Due to the shortage of fuel and the cost to operate vehicles for a cash-strapped country, many of the KPA soldiers find themselves involved in public works projects or helping farmers bring in their rice crops. Any time spent in non-military support is less time that the KPA soldiers can spend training for combat. Even the mechanized and armor forces, due to resource restraints, spend much of their training time doing light infantry training instead of mounted operations. While KPA soldiers may be well trained in individual skills or small unit tactics, the amount of time spent on larger exercises pales in comparison to most Western militaries. Without adequate time and resources to practice large scale military operations, the KPA will always face a steep learning curve when the KPA is forced to perform them in actual combat for the first time. 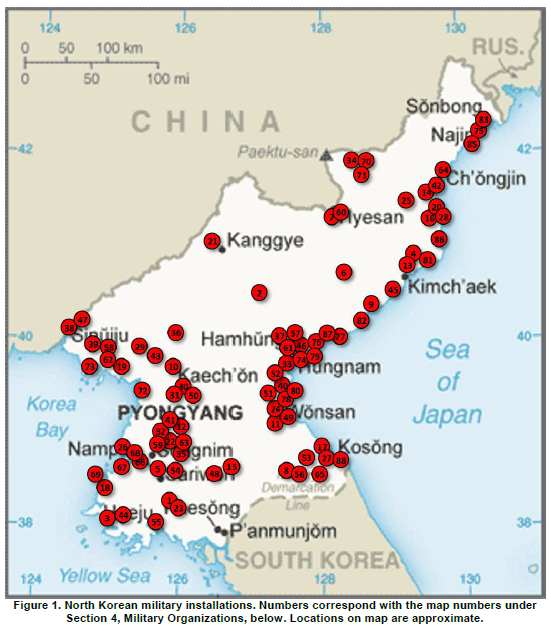 The DPRK’s unorthodox use of provocation in order to obtain concessions from its enemies—especially the US, South Korea, and Japan—is a danger. One never knows what North Korea will do next as, in the past, the DPRK has sanctioned assassination attempts on South Korean political leaders and conducted bombings when South Korean contingents are in another country, unannounced attacks on ships by submarines, unprovoked artillery attacks, or has tunneled underground into another country. US military personnel stationed in South Korea must be prepared for the unexpected from the DPRK.

One of these incidents could ignite the Korean peninsula back into a full-blown war. While an armistice has been in place since 1953, an armistice is just a ceasefire waiting for a peace treaty to be signed or for the resumption of hostilities. Any conflict between North and South Korea would inevitably bring the US into the conflict as the ROK has been an ally for over six decades.

North Korea’s possession of nuclear weapons and the missiles to transport it up to 9,650 km makes it a threat to US forces stationed in Korea, Japan, Alaska, or even the west coast of the continental United States. Even more concerning was the DPRK’s first successful test launch of a KN-11 missile from a submarine on 23 January 2015 since, in the near future, the North Korean submarines could silently move closer to their targets before launching a nuclear missile that would give the US less warning time. If the DPRK thought that the survival of its country or the Kim regime was at stake, North Korea might use any nuclear weapons at its disposal. The KPA also possesses chemical weapons and its doctrine calls for their employment. The DPRK is also involved in biological weapons research and would likely use those with offensive capabilities. US military personnel training for deployment to South Korea must be prepared to fight in a chemical, biological, or nuclear environment.