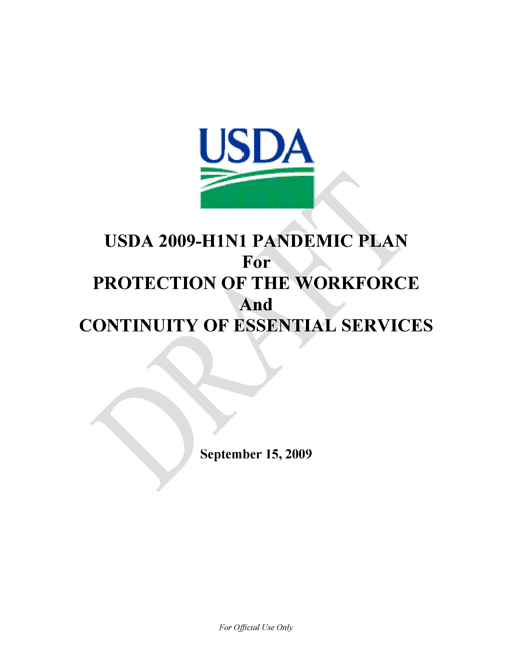 The United States Department of Agriculture 2009-H1N1 Pandemic Plan may be modified as new guidance is received in response to changes as the characterization of the fall flu season changes. Notifications will be made to all Mission Areas, Agencies, and Staff Offices as they are posted. The President’s Executive Order on Executive Department and Agency Actions to Support Community Preparedness and Response to the 2009-H1N1 Influenza Pandemic states:

It is the policy of the United States to safeguard the health and well-being of the American people during the 2009-H1N1 influenza pandemic by: (1) taking action to slow the spread of disease, mitigate illness, and prevent death, and (2) sustaining critical infrastructure and minimizing the impact of the pandemic on the economy and functioning of society.
This order requires USDA to take immediate steps to achieve three (3) equally important goals:

This plan establishes general guidance and directs USDA Mission Areas, Agencies, and Staff Offices to ensure that their Pandemic Plans meet the requirements identified in subsequent sections. Administrators and Office Directors will assign action officers to review and update their Agency and Office Pandemic Plans and ensure that local operating plans for each field facility are similarly updated. The second wave of the 2009-H1N1 influenza (hereinafter: flu) is due to begin late summer/early fall. Accordingly, all plans should be complete by September 15, and should be revised in a timely fashion as new guidance is issued.

To ensure a unified response in the National Capital Region, Departmental Administration’s Office of Operations will oversee the development of the local operations plan for headquarters locations with input from the Mission Areas, Agenicies, and Staff Offices.

This document uses the term Continuity of Operations (COOP) in its broadest sense of USDA preserving the capability of USDA to perform its mission, and should not be confused with the USDA HQ COOP Plan, which provides guidance related to national security events which may require relocation of essential personnel and functions. The scope of essential functions and services in pandemic planning is much broader than the essential functions identified for traditional COOP, specifically with regard to the pandemic planning requirements to sustain operations for an extended period of time and to accommodate a loss of human capital versus a loss of infrastructure.

The following is a synopsis of the USDA 2009-H1N1 Pandemic Planning Guidance Checklists and Annexes. 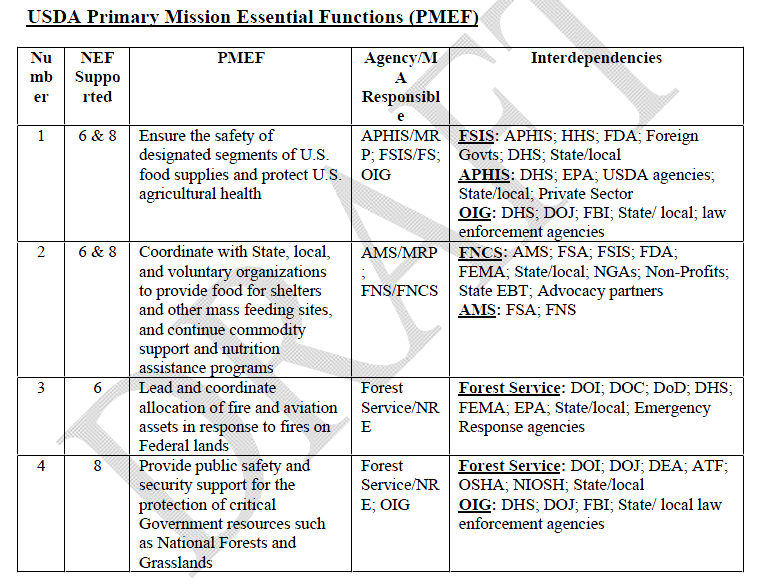 …
USDA Support of the National Response Framework (NRF)
A brief overview of USDA primary and support responsibilities, under annexes to the NRF, is presented in the following three charts. 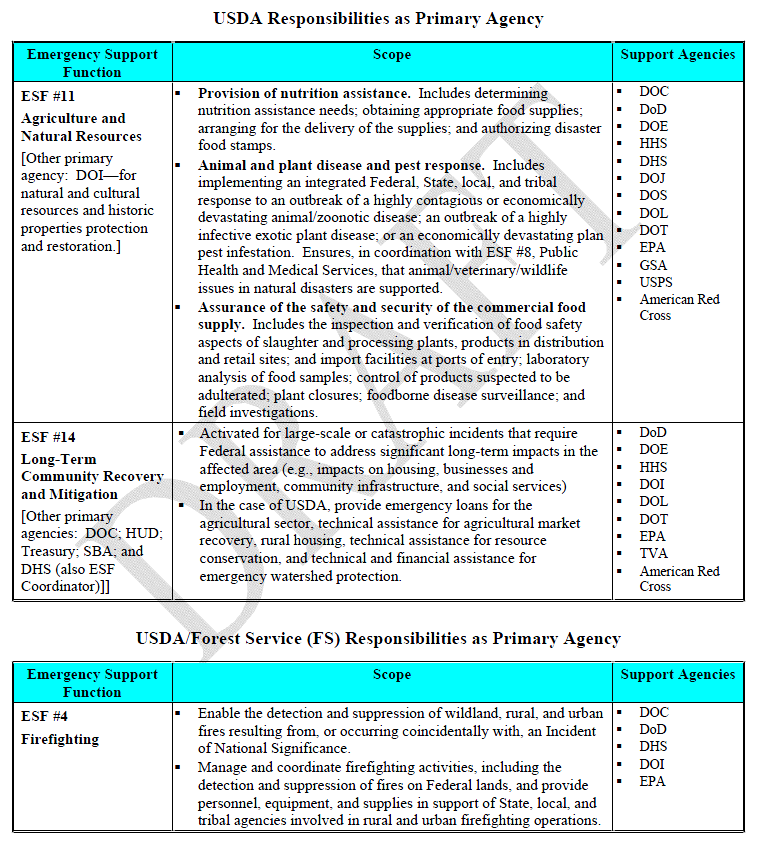