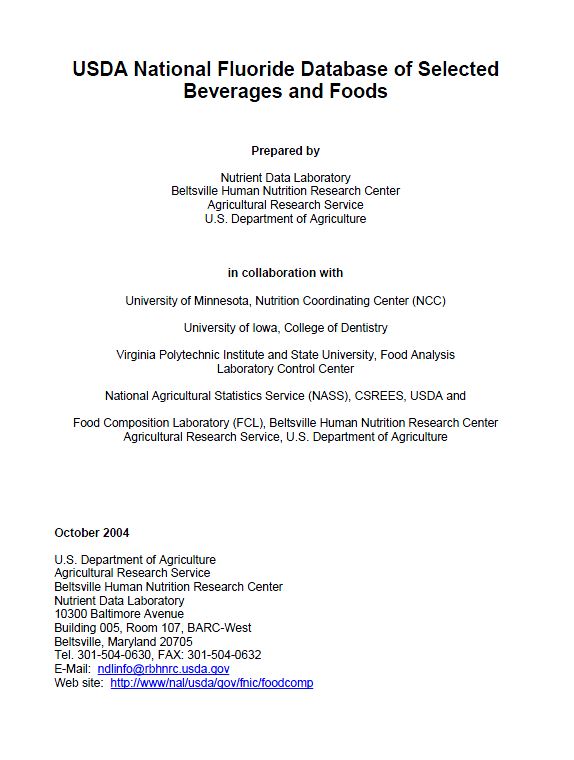 Assessment of fluoride intake is paramount in understanding the mechanisms of fluoride metabolism specifically the prevention of dental caries, dental fluorosis, and skeletal fluorosis. The Institute of Medicine (IOM, 1997) specified Adequate Intakes (AI) of 0.01 mg/day for infants through 6 months, 0.05 mg/kg/day beyond 6 months of age, and 3 mg/day and 4 mg/day for adult women and men (respectively), to prevent dental caries. Upper limits (UL) of 0.10 mg/kg/day in children less than 8 years and 10 mg/day for those older than 8 years are recommended for prevention of dental fluorosis. Similar levels have been endorsed by the American Dental Association (ADA, 1994) and the American Dietetic Association (ADA, 2000). Fluoride works primarily via topical mechanisms to inhibit demineralization, to enhance remineralization, and to inhibit bacteria associated with tooth decay (Featherstone, 2000). Fluoride has an affinity for calcified tissues. Studies of exposure and bone mineral density, fractures and osteoporosis would benefit from a national fluoride database coupled with an intake assessment tool (Phipps, 1995; Phipps et al., 2000). Therefore, a database for fluoride is needed for epidemiologists and health researchers to estimate the intakes and to investigate the relationships between intakes and human health.

The Nutrient Data Laboratory (NDL), Agriculture Research Service, US Department of
Agriculture (USDA) coordinated the development of this USDA National Fluoride
Database of Selected Beverages and Foods subsequently described as the National
Fluoride Database–a critical element of the comprehensive multi-center National
Fluoride Database and Intake Study (NFDIAS). The National Fluoride Database will be
incorporated into a computer-based fluoride assessment tool being developed by the
University of Minnesota, Nutrition Coordinating Center (NCC), as a module of the
Nutrition Data System for Research (NDS-R) software.

The National Fluoride Database is a comprehensive, nationally representative database
of the fluoride concentration in foods and beverages consumed in the United States. It
contains fluoride values for beverages, water, and foods that are major fluoride
contributors. Water and water-based beverages are the chief source of dietary fluoride
intake (Singer and Ophaug, 1984). Conventional estimates are that about 75% of
dietary fluoride comes from water and water-based beverages. According to the 1992
Fluoridation Census (CDC, 1993), about 63% of the population on U.S. public water
systems are receiving water that is fluoridated naturally or by adding fluoride. Drinking
water fluoride distributions may vary widely over geographical and geo-political
boundaries (CDC, 1993). Variations occur with soil composition and with local political
decisions to fluoridate water. The use of wells of varying depths, commercial water
products, home water purifiers, and filtration systems also increase variability of fluoride
in drinking water and complicate estimates of intake (Brown and Aaron, 1991; Robinson
et al.1991; Van Winkle et al., 1995). These variations in fluoride in commercial foods
and beverages have been addressed in this National Fluoride Database. 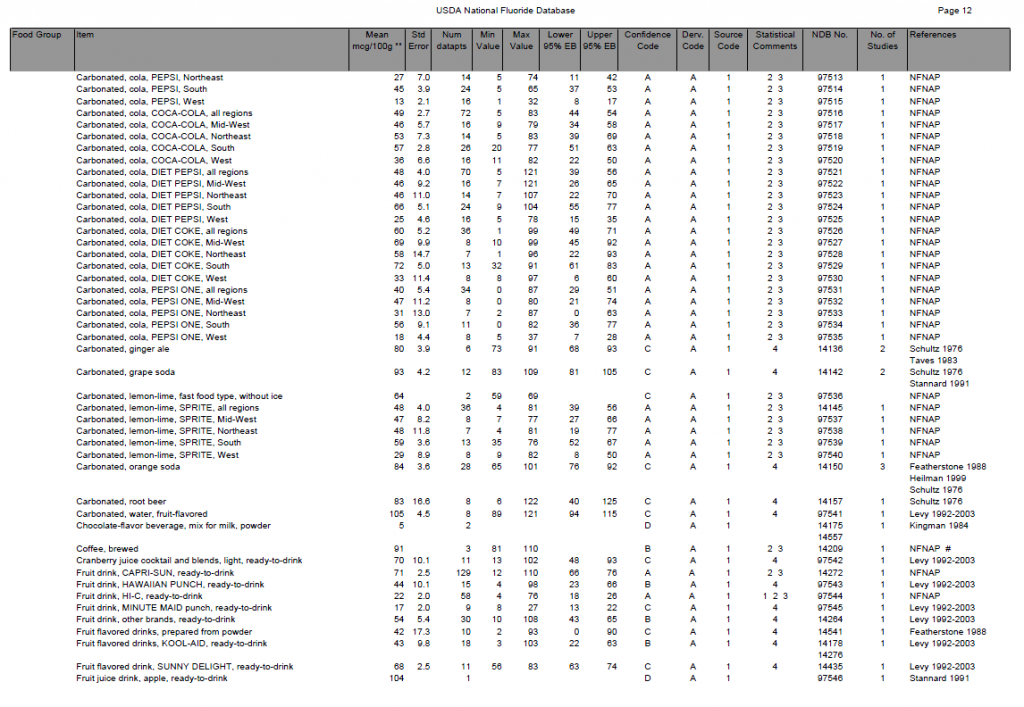 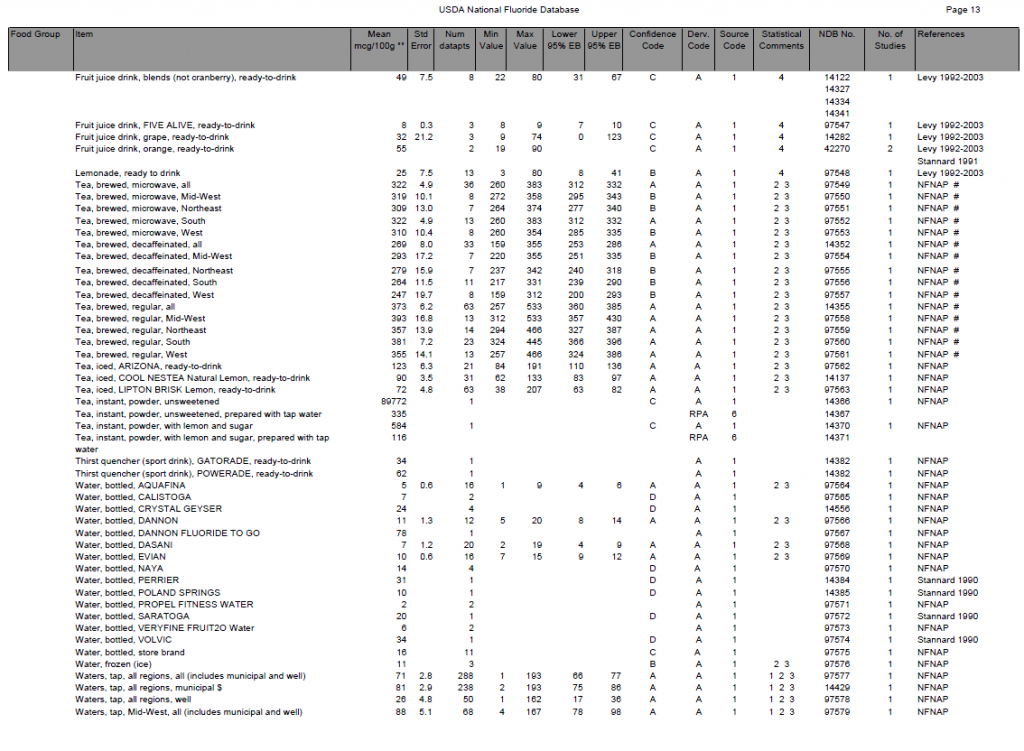