The following investigation report concerns the crash of a RQ-4A Global Hawk unmanned aerial vehicle (UAV) on June 11, 2012 during a training flight near the Naval Air Station Patuxent River in Maryland.  The report concludes that the accident occurred due to “mechanical malfunction of the right ruddervator actuator.”  However, the report also notes that the pilot “failed to follow the proper emergency procedures” which “did not produce disastrous results in this particular event; however, future breaches of established procedures could produce a different outcome.”  The investigation report was obtained via FOIA request by Jefferson Morley.  For more information on the report, see his article for The Daily Beast “Navy Report on Maryland Drone Crash: ‘Disastrous Results’ Averted.” 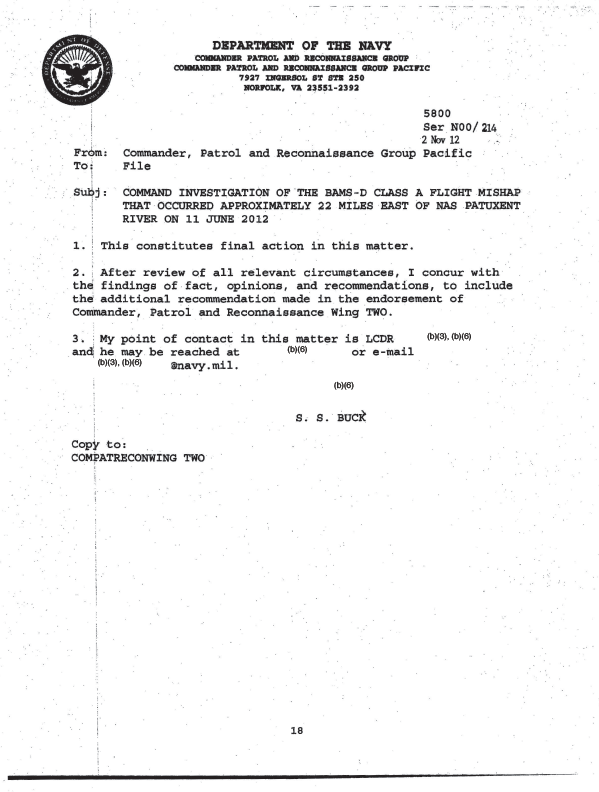 The unique makeup of the BAMS-D program made for some minor difficulties in conducting the investigation. The majority of the aircrew and all of the maintenance are civilian contractors. In the case of the mishap all of the personnel directly involved were civilian contractors. This caused delays in conducting interviews while Northrop Grumman determined if they desired to have lawyers present for the interviews. The final determine was that it wasn’t necessary as the investigating officer was not a JAG officer. Additionally, the Flight Surgeon assigned to work the safety investigation had difficulties conducting the medical review as he did not have easy access to the civilian aircrew’s most recent FAA flight physical.

2. This mishap was caused by a mechanical malfunction of the right ruddervator actuator. Post mishap investigation of the ruddervator actuator showed that the actuator power card was experiencing intermittent failures. These failures resulted in uncommanded movement of the ruddervator. At the time the aircraft departed controlled flight the pilot received a GNC 11 fault and the C2 logger recorded an elevator setting of 8.25. This is the only positive recorded elevator setting recorded during the aircraft flight. Coupled with the spoilers being deployed as the aircraft was in a decent to land, this deflection of the elevator trailing edge downward caused the aircraft to depart controlled flight.

3. The pilots followed the published emergency procedures with the exception of climbing above 40,000 feet. Below 30,000 feet, minimum spoiler is used to keep the Power Lever Angle about halfway between flight idle and maximum. At lower altitudes the engine produces more thrust at idle than required to maintain airspeed and altitude unless the spoilers are deployed. A climb above 40,000 feet allows the pilots to conduct controllability checks in stabilized flight conditions. However, due to the intermittent nature of the actuator malfunction the pilots determined the aircraft was controllable during the climb and proceeded with the follow on steps to land as soon as practicable. Due to the intermittent nature of the actuator failure the pilots had no way of knowing when or if the actuator would fail again.

4. The capability exists to lock the spoilers at specific settings, however, based on the calculations for the approximate right inboard ruddervator position all being between -20 and +1, the Actuator 40 fault emergency procedure (EP) doesn’t direct overriding the aircraft spoilers’ automatic settings and locking them at a specific position. The EPs for GNC 8 and GNC 11 faults do not direct setting and locking spoilers either. Additionally, the flight procedures contain a caution against overriding the spoiler settings unless specifically directed to in an EP. It is unknown whether locking the spoilers to a lower setting may have prevented the aircraft from departing controlled flight. 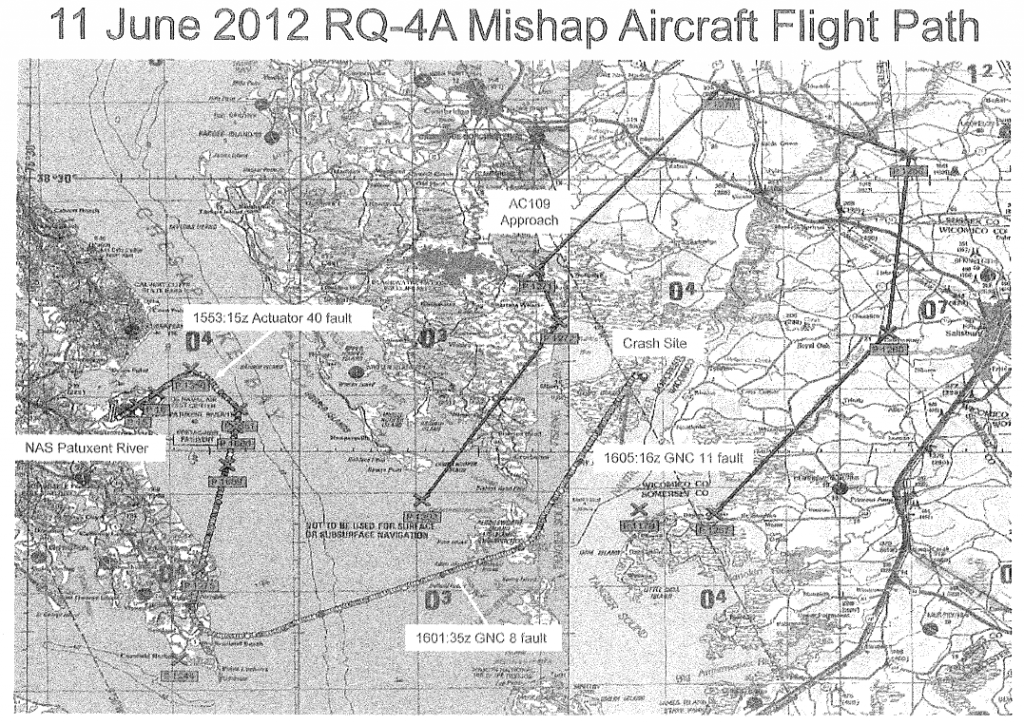 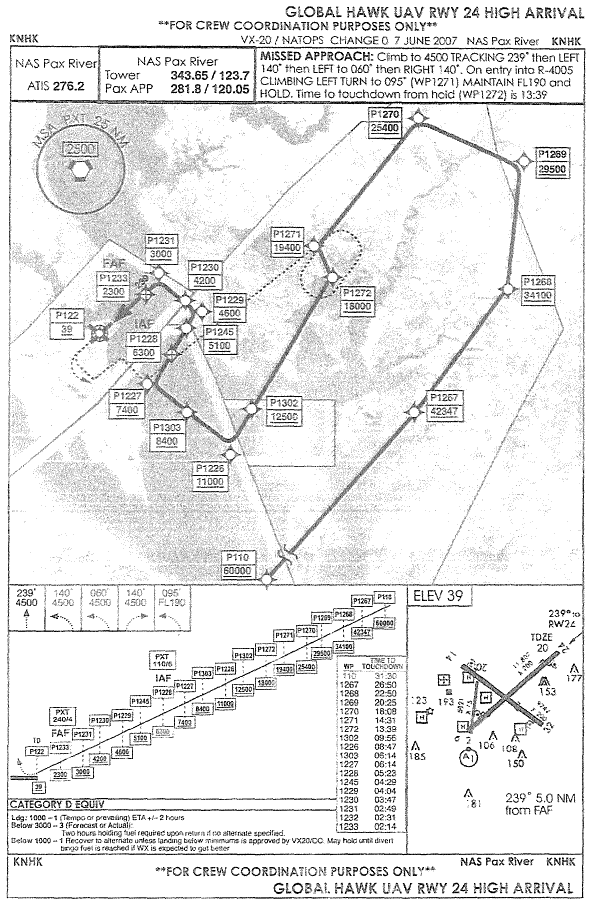