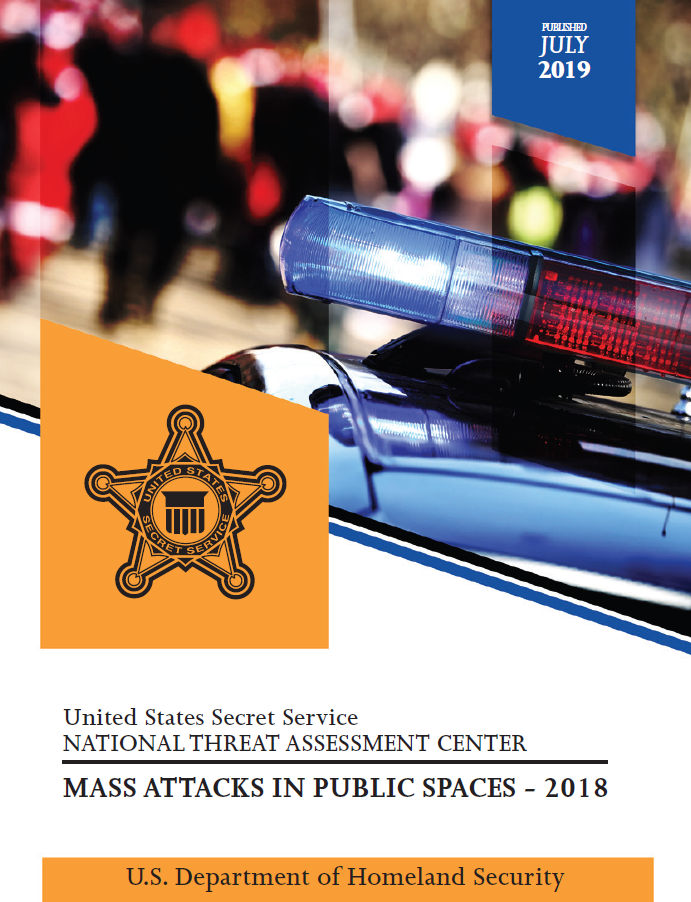 On May 31, 2019, 12 innocent people were killed at the Virginia Beach Municipal Center in Virginia Beach, VA by an attacker who had reportedly resigned from his position at the municipal center earlier that day. While little else is yet known publicly about the attacker or his motive, this act of mass violence is the most recent example of targeted violence affecting a public space in the United States. Mitigating the risk of mass casualties from such an event requires the efforts of everyone with a role in public safety, a responsibility that is not limited to law enforcement. Other community stakeholders may also be in a position to intervene, including workplace managers, school administrators, local officials, and the mental health community, each of whom has a unique role to play in keeping communities safe.

To support these prevention efforts, the Secret Service National Threat Assessment Center (NTAC) is tasked with delivering research, training, consultation, and information sharing on threat assessment and the prevention of targeted violence, including targeted attacks directed at workplaces, houses of worship, schools, and other public spaces. The research and information produced by NTAC guides not only the Secret Service’s approach to preventing assassinations, called threat assessment, but also informs the communitywide approach needed to prevent incidents of targeted violence.

This report is NTAC’s second analysis of mass attacks that were carried out in public spaces, and it builds upon Mass Attacks in Public Spaces – 2017 (MAPS-2017). In MAPS-2017, NTAC found that attackers from that year were most frequently motivated by grievances related to their workplace or a domestic issue.  All of the attackers had recently experienced at least one significant stressor, and most had experienced financial instability. Over three-quarters of the attackers had made threatening or concerning communications, and a similar number had elicited concern from others. Further, most had histories of criminal charges, mental health symptoms, and/or illicit substance use or abuse.

With this latest report, Mass Attacks in Public Spaces – 2018 (MAPS-2018), the Secret Service offers further analysis and operational considerations to our partners in public safety.2 Between January and December 2018, 27 incidents of mass attacks – in which three or more persons were harmed – were carried out in public spaces within the United States.3 In total, 91 people were killed and 107 more were injured in locations where people should feel safe, including workplaces, schools, and other public areas.4 The loss of life and traumatic nature of these attacks had a devastating impact on the victims and their families, local communities, and the entire nation.

Regardless of whether these attacks were acts of workplace violence, domestic violence, school-based violence, or inspired by an ideology, similar themes were observed in the behaviors and circumstances of the perpetrators, including:

• Most of the attackers utilized firearms, and half departed the site on their own or committed suicide.
• Half were motivated by a grievance related to a domestic situation, workplace, or other personal issue.
• Two-thirds had histories of mental health symptoms, including depressive, suicidal, and psychotic symptoms.
• Nearly all had at least one significant stressor within the last five years, and over half had indications of financial instability in that timeframe.
• Nearly all made threatening or concerning communications and more than three-quarters elicited concern from others prior to carrying out their attacks.

The violence described in this report is not the result of a single cause or motive. The findings emphasize, however, that we can identify warning signs prior to an act of violence. While not every act of violence will be prevented, this report indicates that targeted violence may be preventable, if appropriate systems are in place to identify concerning behaviors, gather information to assess the risk of violence, and utilize community resources to mitigate the risk. 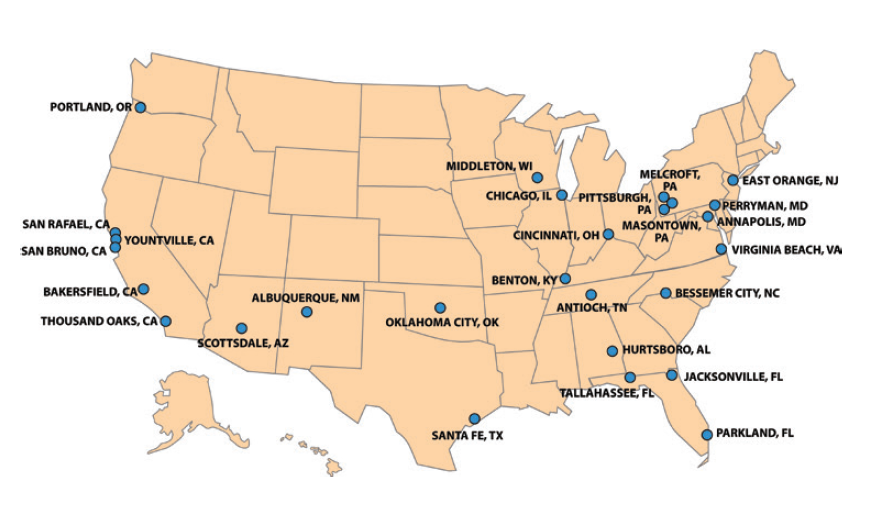 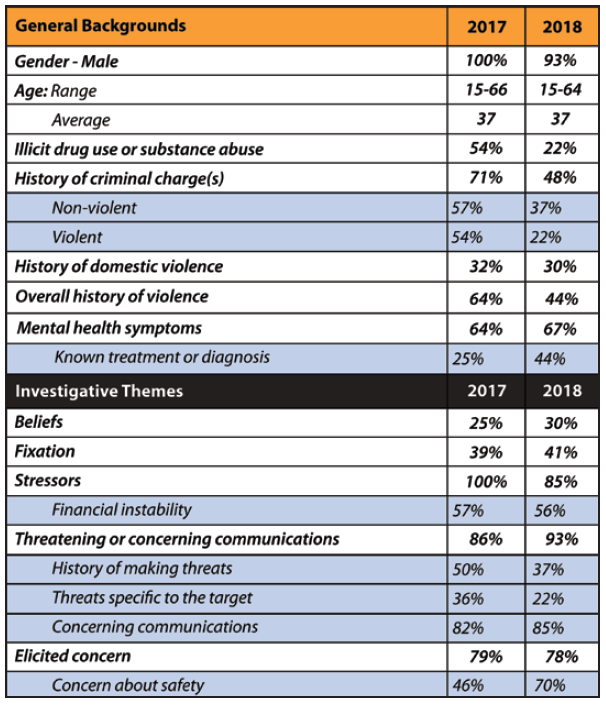