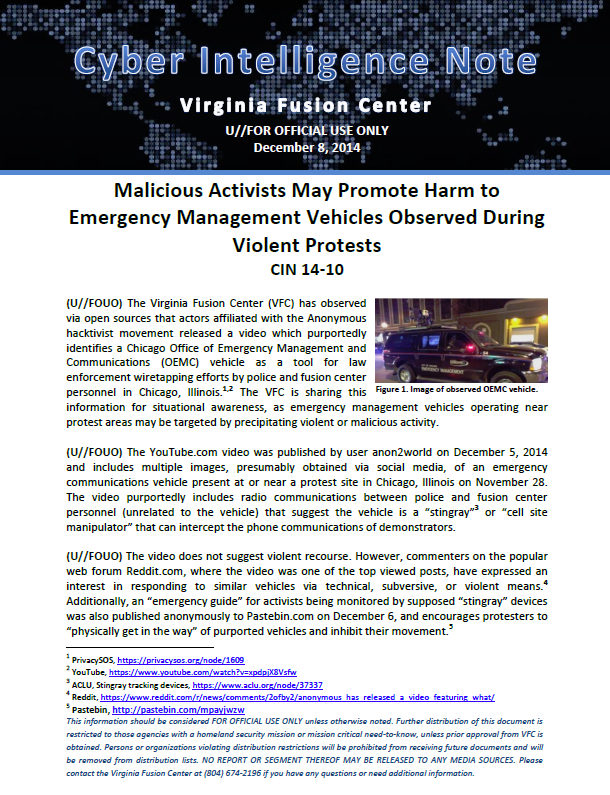 (U//FOUO) The Virginia Fusion Center (VFC) has observed via open sources that actors affiliated with the Anonymous hacktivist movement released a video which purportedly identifies a Chicago Office of Emergency Management and Communications (OEMC) vehicle as a tool for law enforcement wiretapping efforts by police and fusion center personnel in Chicago, Illinois. The VFC is sharing this information for situational awareness, as emergency management vehicles operating near protest areas may be targeted by precipitating violent or malicious activity.

(U//FOUO) The YouTube.com video was published by user anon2world on December 5, 2014 and includes multiple images, presumably obtained via social media, of an emergency communications vehicle present at or near a protest site in Chicago, Illinois on November 28. The video purportedly includes radio communications between police and fusion center personnel (unrelated to the vehicle) that suggest the vehicle is a “stingray” or “cell site manipulator” that can intercept the phone communications of demonstrators.

(U//FOUO) The video does not suggest violent recourse. However, commenters on the popular web forum Reddit.com, where the video was one of the top viewed posts, have expressed an interest in responding to similar vehicles via technical, subversive, or violent means. Additionally, an “emergency guide” for activists being monitored by supposed “stingray” devices was also published anonymously to Pastebin.com on December 6, and encourages protesters to “physically get in the way” of purported vehicles and inhibit their movement.

(U//FOUO) Emergency management vehicles deployed to potential protest areas, particularly areas which may have a propensity for violence, should exercise caution and maintain proper communications with sworn law enforcement personnel. Furthermore, vehicle operators should also be aware that they may be targeted by non-violent methods in order to inhibit their vehicle movements in the area. 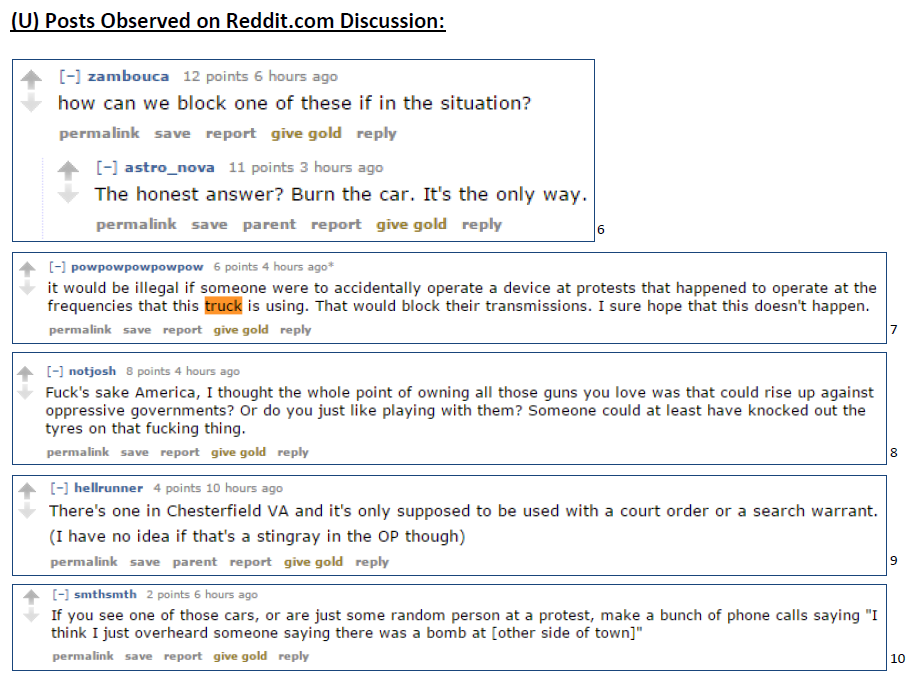