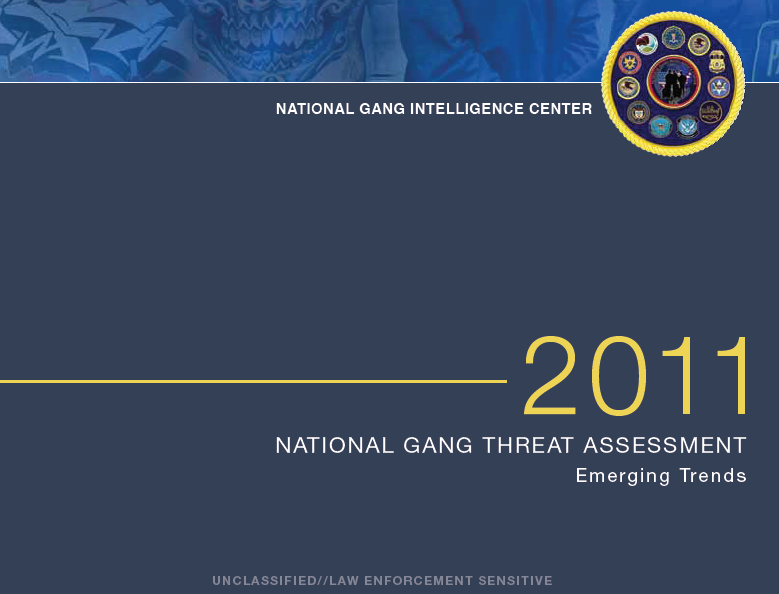 What information from its most recent gang threat assessment does the FBI want to keep only for the eyes of law enforcement? Thanks to the publication of the full “law enforcement sensitive” version of the assessment on the website of the California Gang Investigator’s Association, we now know the answer to that question. The full version of the document contains approximately twenty additional pages of information regarding gang threats across the country including details on the incredible proliferation of Mexican drug trafficking organizations into collaborative relationships with U.S. street gangs. Most of the content derived from non-public reporting sources, such as FBI field reports, concerns specific incidents that are described more generally in the public version of the document. There are also some rather startling statistics that are omitted from the public version. For example, the fact that 36% of law enforcement report that gangs in their jurisdiction have ties to Mexican criminal gangs and drug trafficking organizations is omitted from the public version of the report. After doing a page by page comparison of the two versions of the document, we have summarized some of the most interesting non-public portions of the report: