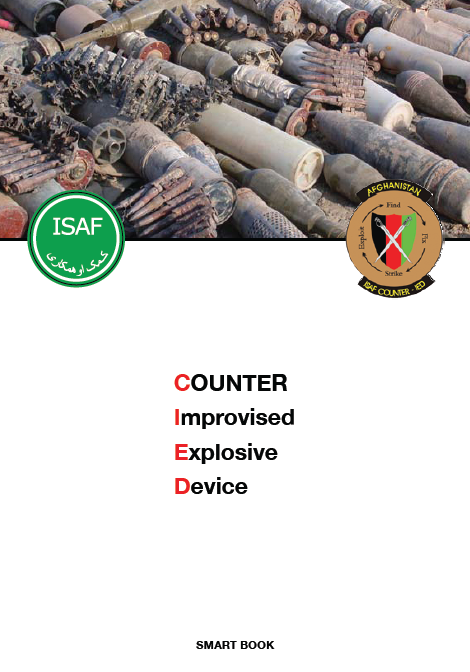 An IED is triggered by the firing system e.g. a pressure plate, mobile phone, radio, command wire, timer. A signal is sent to the initiator which activates the main charge (e.g. artillery, grenades, mines, homemade explosives, or combinations of several explosives and/or fuel) the whole system is powered by a power source (e.g. car batteries).

What to do when finding an IED?

Confirm Communication from a safe distance

• Establish and confirm the presence of a device. If a device has functioned it is confirmed.
• This is to be done from a safe location with maximum use of distance, frontal and overhead protection – remain out of line of sight of the device! Your safety should not be compromised for positive identification of an IED. You should not move closer to the device unless absolutely necessary as observation can be achieved with the use of optics such as binoculars and weapon scopes.
• Do not touch any devices.
• Ensure you are constantly aware of the possibility of secondary devices.
• Do not get tunnel vision, inform the rest of your callsign of the presence of the suspected item.
• Call Higher Headquarters/ EOD using the IED/UXO 10 line report.

• Evacuate the area as quickly as possible.
• Move people away from the device and not past it.
• Mark your location and note the direction and distance to the device. Move to a minimum distance of 200 meters from the suspect item.
• The On-Scene Commander will make the decision on how large an area to clear. The below danger areas are from ISAF SOP 10370:
• 200 meters – small device/postal bomb
• 300 meters – car bomb
• 600 meters – large device e.g. truck bomb. If an open area, then increase to 1000m.
• Identify and establish an Incident Control Point which must always be searched.
• Make maximum use of hard cover, and ensure personnel are out of the direct Line of Site (LOS) from the suspect area to cleared positions. If cover cannot be obtained, maximize distance from the device.

• Cordon off the area and do not allow anyone to re-enter until the EOD/IEDD Team Commander has deemed the area safe.
• The purpose of the cordon is to:
• Prevent unauthorized personnel from entering the site (for their
own safety and the safety of the first responders)
• Preserve the scene for further exploitation
• Provide outward protection and security against command-initiated IEDs.
• When clearing personnel from the area, random individual checks should be carried out as potential exists in identifying a triggerman, cameraman, and/or insurgent personnel.
• Convoy personnel man the perimeter until additional assets arrive on scene. Do not become distracted.
• Witnesses, if available, should be held at the ICP so they can be questioned by follow-up agencies.

• The On-Scene Commander will have command of all activity outside the cordon.
• Allow only first responders to breach the cordon through the ICP.
• All civilian traffic should be diverted away from the cordon. Maintain (from a safe distance) a visual/line of sight (binoculars and scopes) observation of the subject IED to ensure no tampering occurs.
• Immediately report any personnel observed approaching the IED according to the unit SOP.
• The cordon must be secure, ensuring no one enters the danger area until the EOD Team has given the all clear signal. 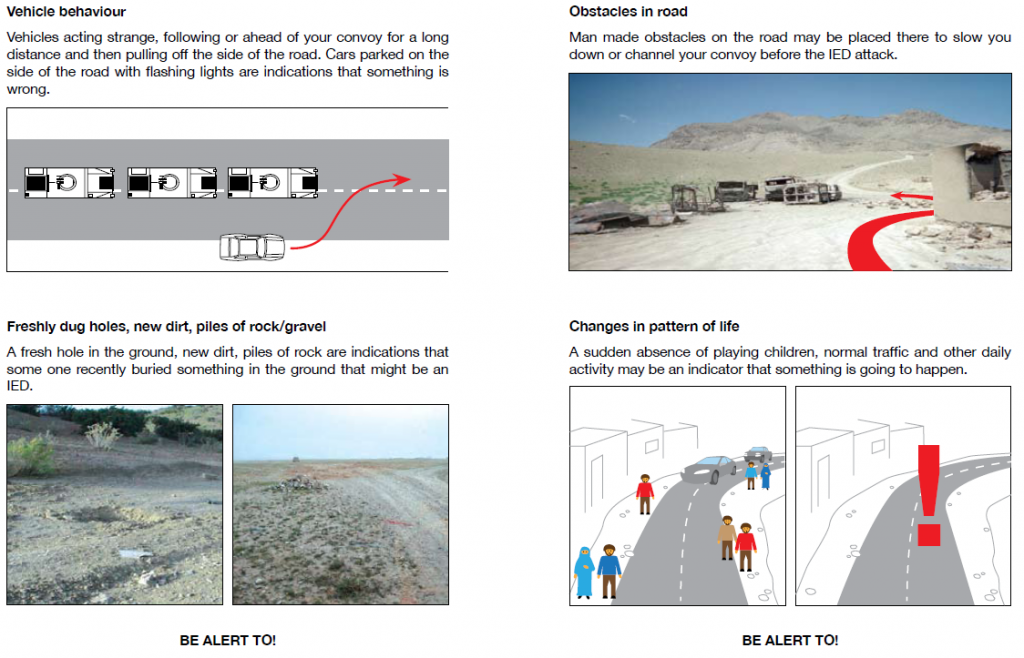 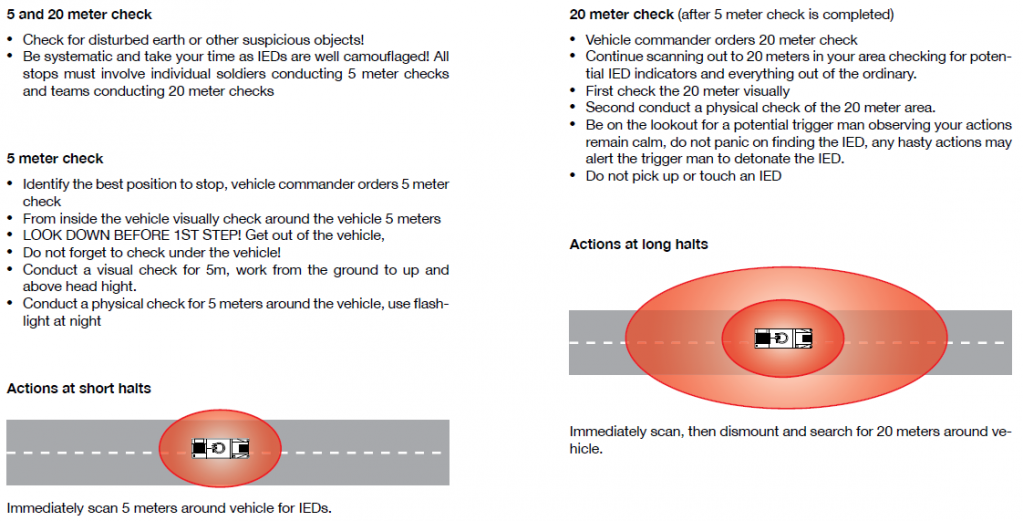 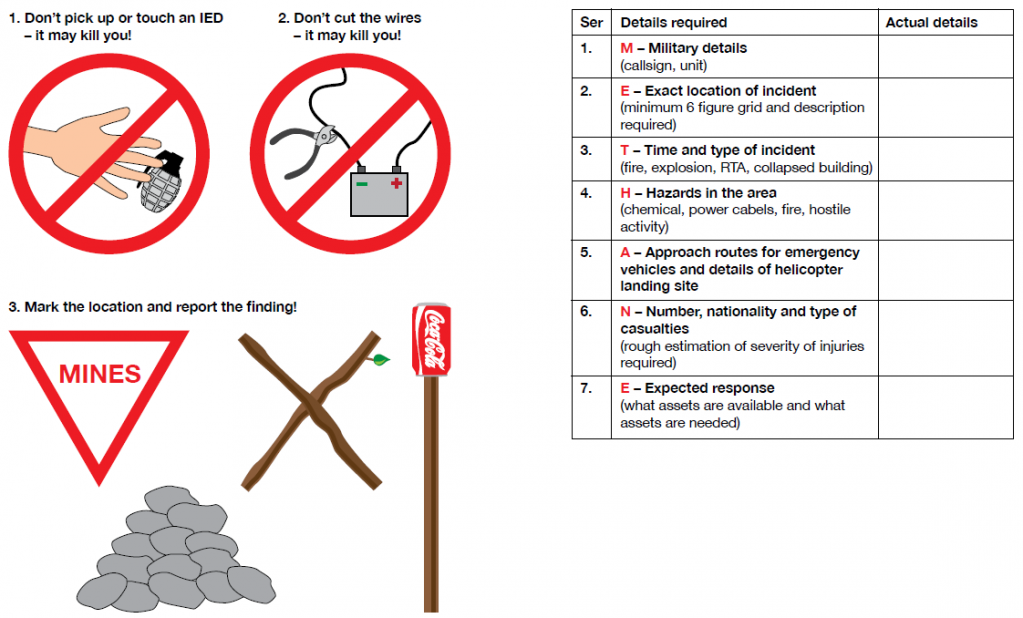