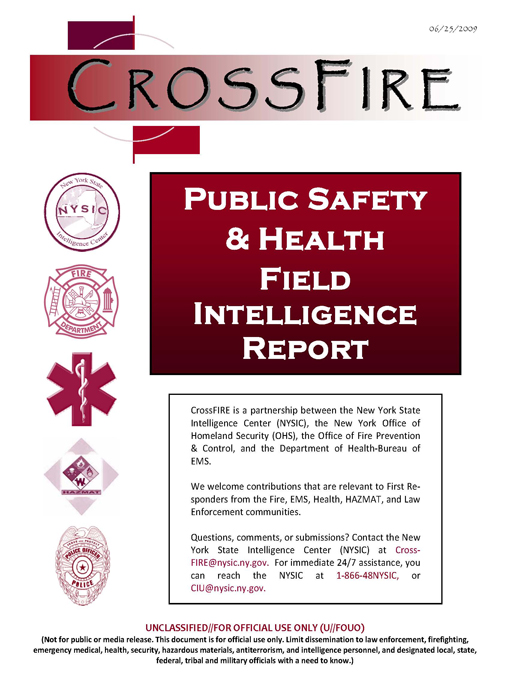 It may be as innocuous and routine as a shift change at your fire station. Perhaps it’s an unusually large-scale event, such as a concert or a famous guest speaker in your city or town. People involved with attack pre-planning may watch intended targets, along with the activities of first responders, to determine security weaknesses, points of entry, traffic patterns, and times of day that offer the most opportunity. Surveillance might include: extensive photography, videotaping, preparing drawings and diagrams, or preparation of charts and graphs to record times and details of events. People requesting unusual or detailed information about your agency’s operations and response, or questioning employees, may also be significant cause for concern. Radio scanners monitoring security, law enforcement or public
safety frequencies may also be used to gather vital information. There may be a perfectly reasonable explanation for the person’s activities; or, the activities could be related to the planning of a criminal or terrorist event. Early recognition and reporting of suspicious activities can serve as the first line of defense against those who commit acts of terrorism. If you witness anything suspicious, don’t hesitate: note details of the event, including personal descriptions and identifying features such as license plates; and notify local law enforcement or call the New York State Terrorism Tips Line at 1-866-SAFE-NYS.

The following information is being provided by the New York State Department of Health, Bureau of Emergency Medical Services (BEMS), in conjunction with the NYSIC, to identify legitimate ambulances and to remind first responders of the importance of securing emergency vehicles appropriately.

* Emergency vehicles can be used to gain access to critical areas in a terrorist attack, or could disrupt first responders by helping terrorists facilitate a secondary device.

• The Israeli Government has documented cases of Palestinian militants using ambulances to move weapons and to facilitate terrorist movement, including suicide bombers.
* Fraudulently marked unofficial vehicles may be used to masquerade as official vehicles for illegal activity.

• During the 2008 Republican National Convention in Minneapolis, MN, a vehicle with ambulance markings was observed by a medic attending a briefing. The vehicle was unlocked, unattended and contained gas masks, a 200,000 volt stun gun, a medic bag, maps of the RNC zone, and other items that could be used to cause personal injury and property damage.

* Stolen, legitimate emergency services vehicles could be misused by terrorists or other criminals.

• In mid‐May, a Fulton County, NY ambulance corps tending to a patient inside a home on an early morning call had their ambulance stolen. The heavily damaged vehicle was later located a few miles away. 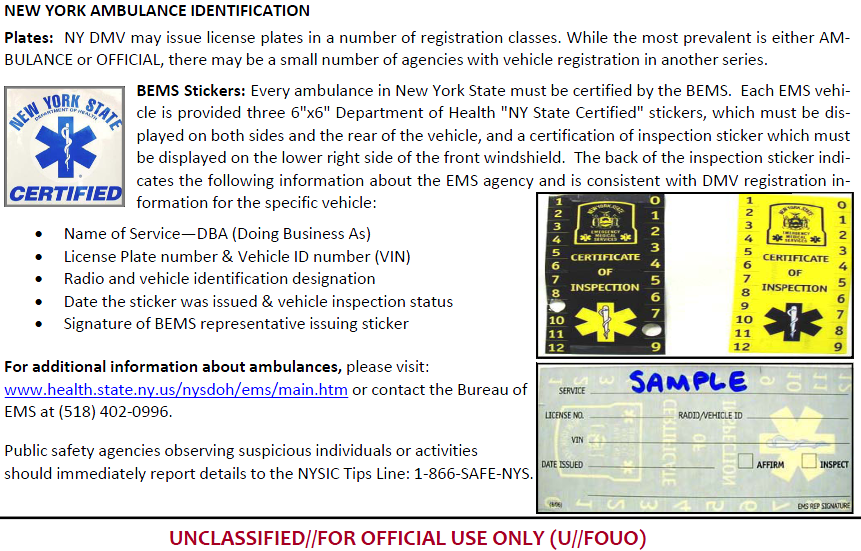 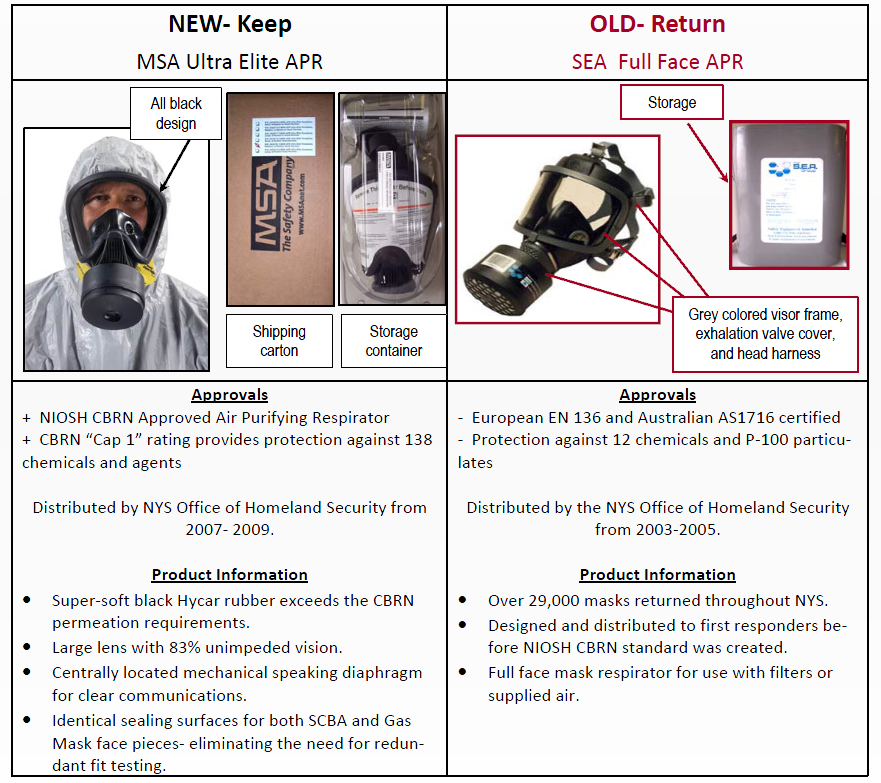