The following report on the FBI’s use of national security letters (NSL) from 2007-2009 was released in August by the Department of Justice. 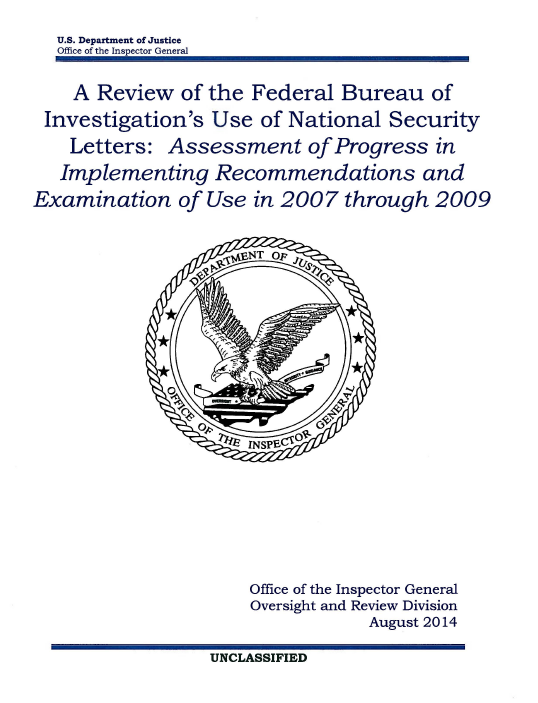 A Review of the Federal Bureau of Investigation’s Use of National Security Letters: Assessment of Progress in Implementing Recommendations and Examination of Use in 2007 through 2009

This review is a follow-up to three previous OIG reports concerning the FBI’s use of national security letter authorities. In our first and second NSL reports, issued in March 2007 and March 2008, the OIG found repeated instances of the FBI’s misuse of NSL authorities during 2003 through 2006. During our first NSL review we also discovered the FBI’s practice of issuing exigent letters and using other informal methods to obtain telephone records, instead of using NSLs or other legal process. We addressed these practices in a separate report issued in January 2010.

We concluded that the FBI and the Department have devoted considerable resources toward implementing the recommendations made in our past reports and taking additional measures to improve the FBI’s compliance with NSL requirements. Our review demonstrated that these efforts have resulted in substantial improvement in NSL compliance.

We believe that the corrective measures that have had the greatest impact on the FBI’s compliance with NSL authorities are the development and consolidation of NSL policy and guidance in the Comprehensive NSL Guidance EC and later the DIOG; the mandatory training provided to NSL users and approvers; the implementation of the NSL subsystem; and the periodic inspections of NSL use by the FBI Inspection Division and the national security review teams.

We determined that the FBI and the Department have fully implemented 23 of 28 recommendations from our first and second NSL reports by creating new internal controls, providing guidance and training to FBI personnel, establishing new record-keeping practices, and conducting periodic reviews of NSL usage.

Nevertheless, five recommendations from our first and second NSL reports require additional effort and attention from the FBI to address the accuracy of information entered into the NSL subsystem and the FBI’s record-keeping practices. We will consider whether to close these recommendations after the FBI provides additional information or takes the additional steps described in more detail in Chapter Two. 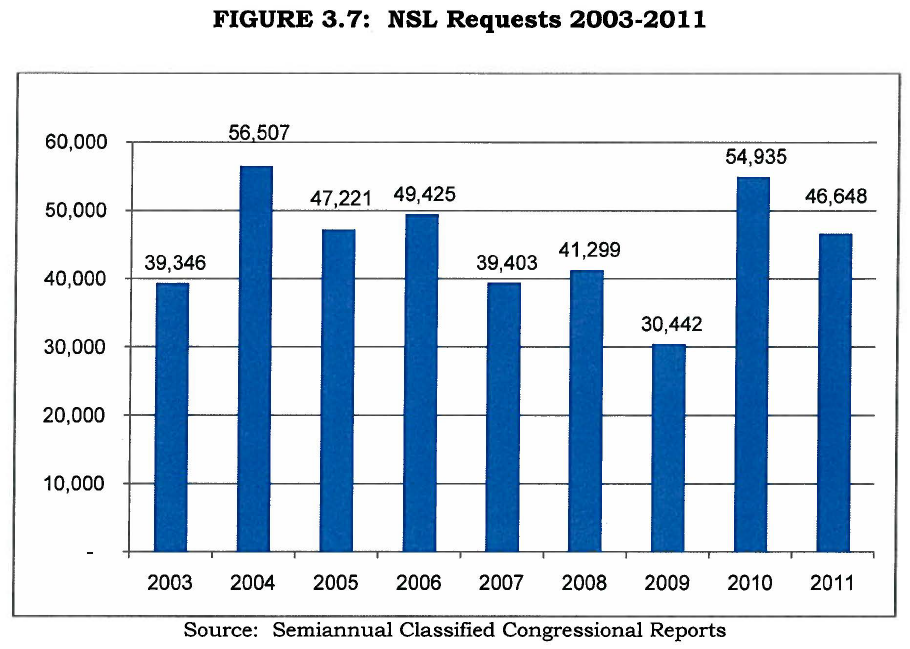