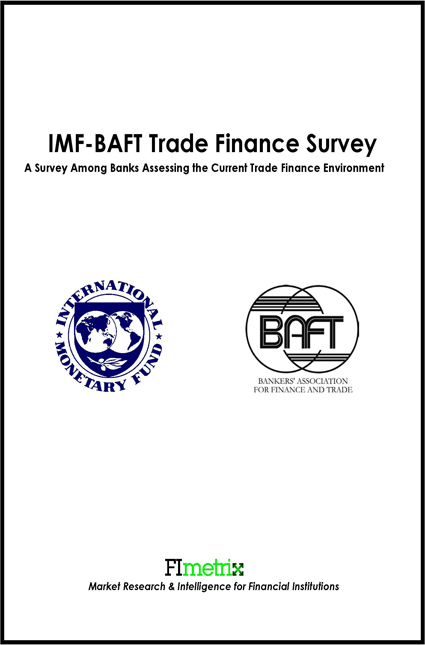 There is general agreement that the ongoing global  financial crisis has produced a serious decline in the availability of trade credit along with increases in pricing.  In order to better understand the current trade environment and develop actions to alleviate some of the problems associate with it, the International Monetary Fund (IMF) and the Bankers Association for Trade and Finance (BAFT) have commissioned Flometrix to conduct a survey among banks worldwide.

An internet survey questionnaire developed jointly by the IMF, BAFI, and Flometrix was administered March 10-23, 2009 using a sample of banks from both BAFT and Flometrix.  Altogether, 44 banks completed the questionnaire from 23 countries.  Most of those responding to the study are located in Western Europe and North America.  Over half report worldwide assets at over US $100 billion.  China leads as the most important trading partner, followed by India, Germany, USA, and Korea.

The survey results suggest that decreases in value of trade finance business accelerated between october 2008 and January 2009 in almost all regions. The decline was most significant for Letters of credit, but other product lines were adversely affected as well. This appears to be consistent with the significant decline in the world economy and credit markets during the fourth quarter.

Survey respondents cite the primary reason for the recent decline in value of transactions is a fall in the demand for trade activities (73%). This lack of demand may help explain the softening in pricing increases. By comparison, the top reason for declining transaction value in the previous survey was “less credit availability” (35%).

Three in four respondents attribute the decline in value of trade transactions to decreasing demand, whereas, nearly six-in-ten attribute it to restrained credit availability. Only one in ten see the cause as economic weakness or rising global risk.

The overall value in trade finance business has declined in every region when comparing January 2009 to October 2008. The average percent of decline during this time frame is highest in Eastern Europe (down average of 13%) and lowest in the Middle East/Maghreb region (down average of 5%).

It is interesting to note that the Middle East/Maghreb region is the only one where the average Percent decline reported was higher in Oct ‘o8 vs. Oct ’07 than in the more recent timefraine (Jan ’09 vs. Oct ’08).

When comparing October 20o8 to October 2007, value declines are reported in all but two regions. The exceptions are South Asia, where an average increase in value ot 5% is reported und Central Europe, where a very slight increase is reported.

Across each of the eight geographic regions evaluated, there was a double digit change in the Percentage of tanks reporting a decline in the value of their trade finance business between October, 20o8 and January, 2009. The largest reported difference was trade within industrialized countries. 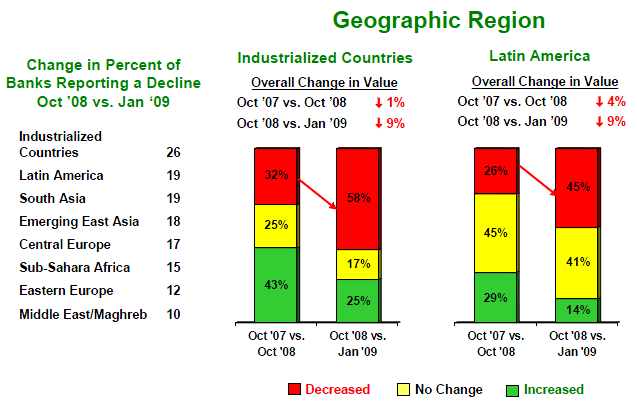 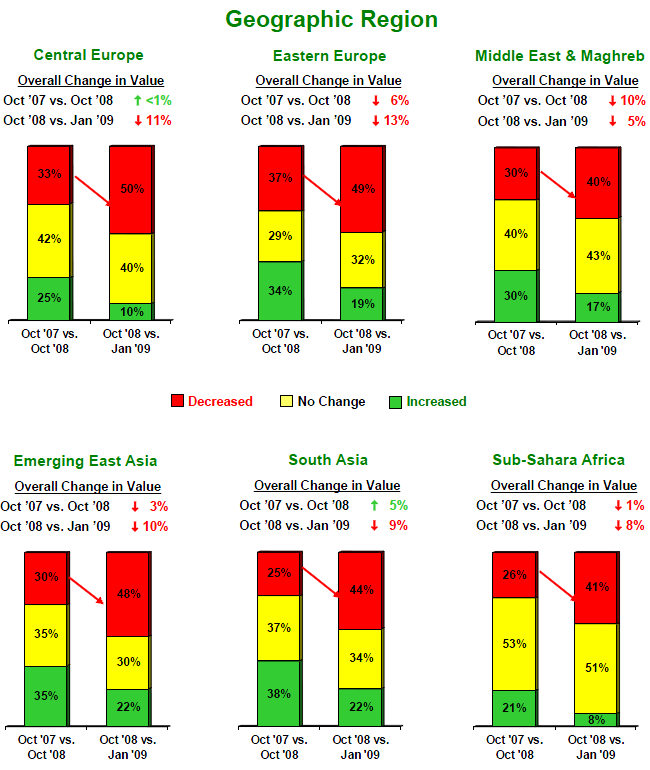 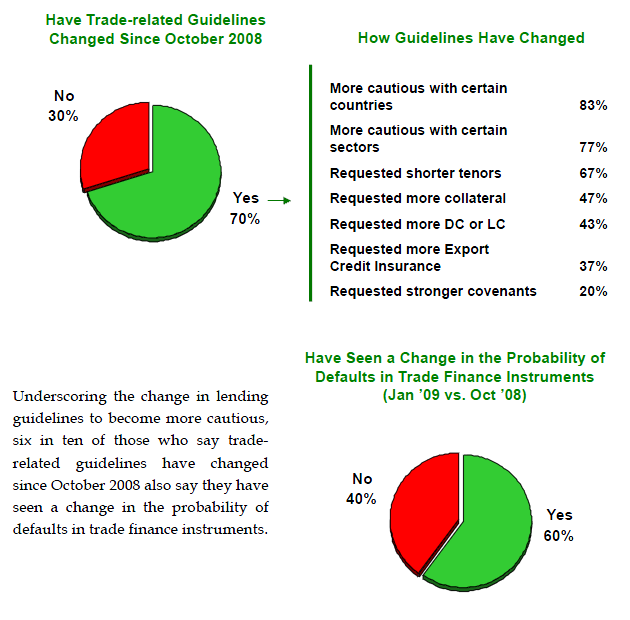