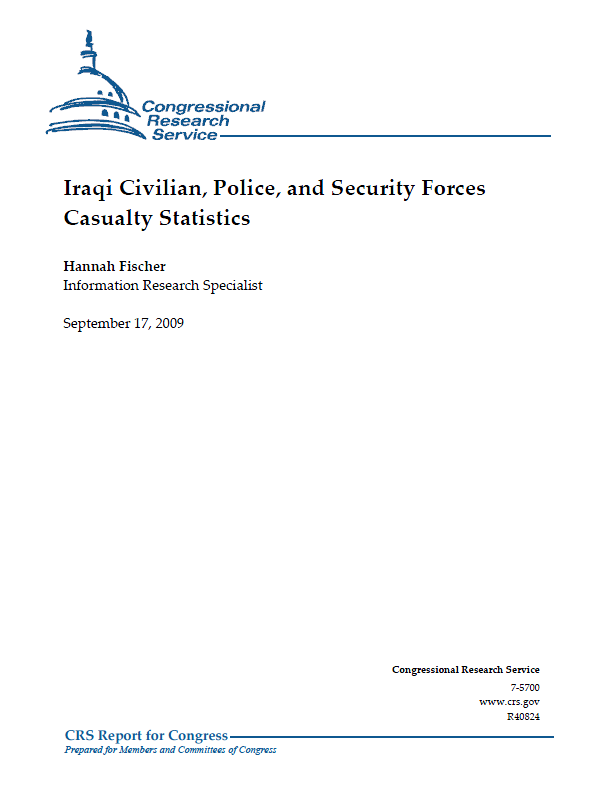 This report presents various governmental and nongovernmental estimates of Iraqi civilian, police, and security forces fatalities. The Iraq government is releasing increasingly regular data on these deaths. The U.S. Department of Defense (DOD) releases the monthly pattern of Iraqi civilian, police, and security forces deaths, and it regularly updates total U.S. military deaths and wounded statistics from Operation Iraqi Freedom (OIF), as reflected in CRS Report RS21578, Iraq: U.S. Casualties, by Susan G. Chesser. Because the estimates contained in this report are based on varying time periods and have been created using differing methodologies, readers should exercise caution when using them and should look to them as guideposts rather than as statements of fact.

This report will be updated as needed. 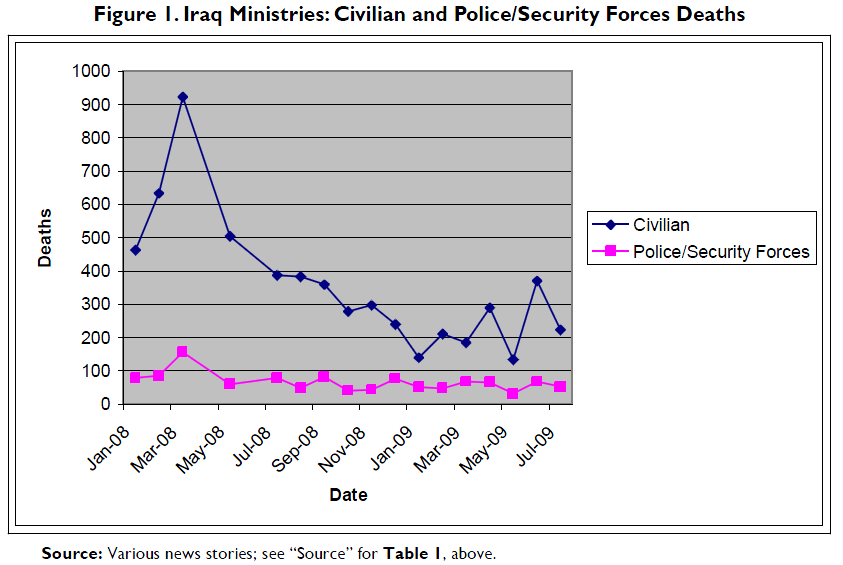 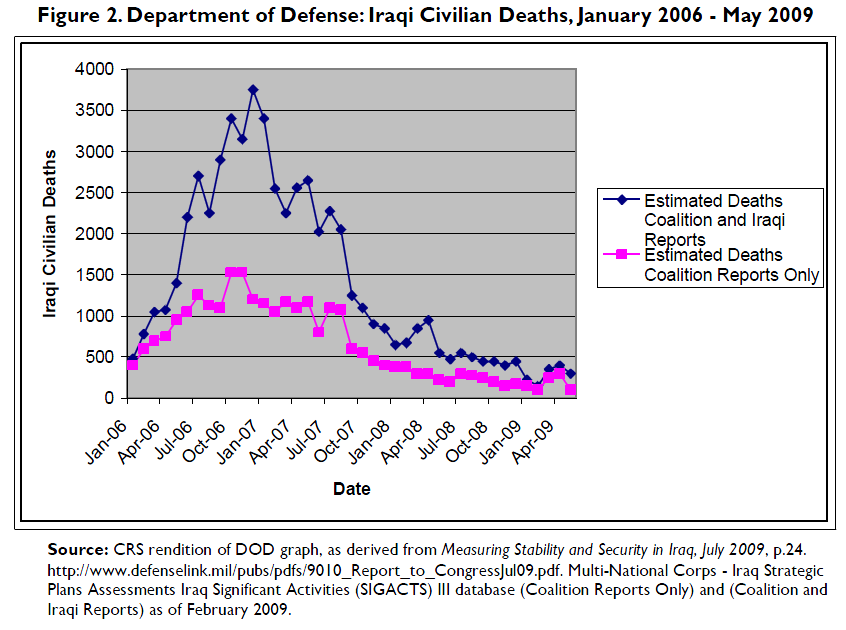 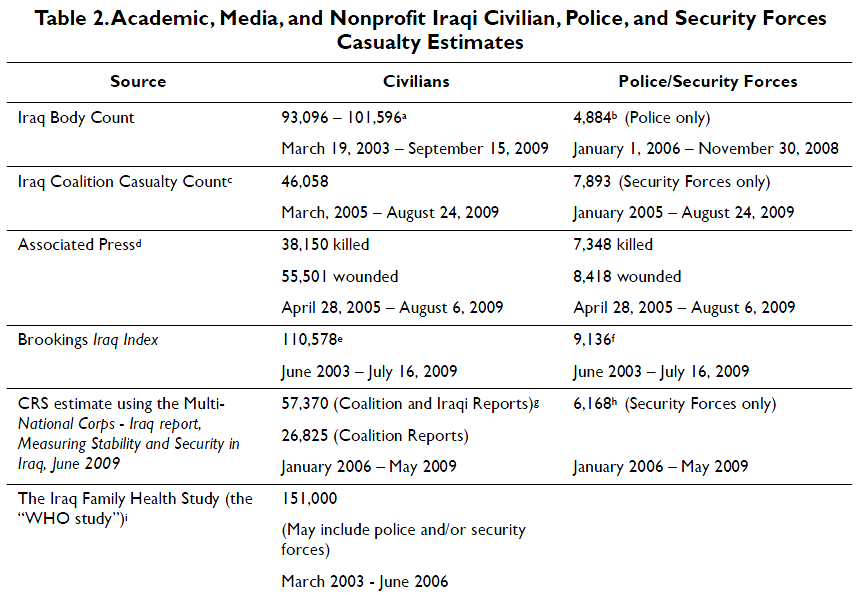