iSALUTE: The U.S. Army’s Solution to the Next Bradley Manning 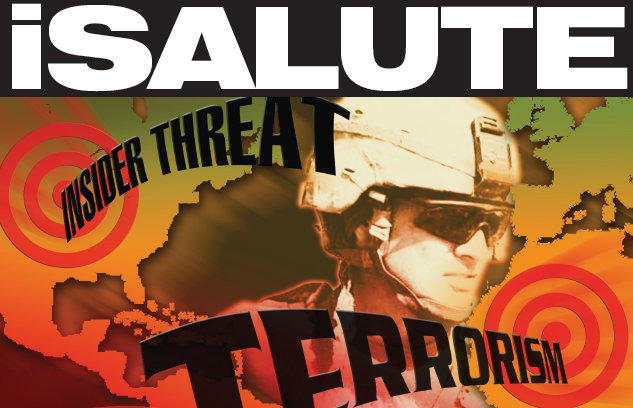 The U.S. Army has launched a web-based program to encourage the reporting of suspicious activity among U.S. military personnel, including “insider threats” like that posed by alleged WikiLeaks contributor Bradley Manning.  The “iSALUTE” program, which launched in August 2011, is named for an acronym comprised of the factors and indicators to be reported when a soldier witnesses suspicious activity: Size, Activity, Location, Unit, Time and Equipment.  These indicators are to be reported via the iSALUTE website operated by the U.S. Army Intelligence and Security Command accessible at https://www.inscom.army.mil/isalute/ or via phone at 1-800-CALLSPY.  According to a For Official Use Only Operation Order from the 7th Signal Command, as part of the program’s rollout links to the iSALUTE website are to be placed on “every Army web site residing on the NIPR [unclassified] network providing users with the ability to expeditiously report questionable activities to CI [counterintelligence] authorities.”

The Army’s iSALUTE program follows a recent trend of municipalities around the country that have created websites and other programs encouraging citizens to report suspicious activity.  Within the last month, Washington D.C. and Houston have both created websites with support from the Department of Homeland Security that are designed to facilitate suspicious activity reporting.  Both websites are part of a national program known as iWatch, with affiliates in other cities such as Los Angeles and Baltimore.  The Army’s iSALUTE program is different in that it encourages not simply the reporting of threats relating to foreign sources and potential terrorist acts, but it also so-called “insider threats” posed by soldiers themselves.

A Threat Awareness Reporting Program (TARP) poster from 2010 lists Bradley Manning as an example of an "insider threat" to U.S. Army operations.

Though “insider threats” could include genuine terrorist acts, such as those perpetrated by Major Nidal Hasan when he opened fire at Fort Hood in Texas killing thirteen people, the particular focus of the iSALUTE program seems to be on intelligence threats.  While descriptions of the program say that it “focuses on foreign threats to DoD and the Army from espionage activities, terrorist threats, and the insider threat”, information reported through iSALUTE is referred to the Army Counterintelligence Coordinating Authority (ACICA) and not to the primary authorities responsible for the safety of military bases or personnel.  In fact, the iSALUTE program is described primarily as a counterintelligence program.  The Operations Order announcing the program states that “Successful counterintelligence (CI) operations depend on accurate and timely reporting of questionable activities to Army counterintelligence” and “ISALUTE is an online counterintelligence (CI) reporting portal designed to complement other Army threat awareness and reporting initiatives and foster partnerships with the CI, law enforcement organizations, and Army communities.”  Bradley Manning presents an obvious example of an insider threat that would be one of the main targets of the program.  Manning is listed in training materials produced by the Army Threat Awareness Reporting Program (TARP) as an insider threat under the heading “espionage” and “sedition.”  This emphasis is further demonstrated by a poster promoting the iSALUTE program which lists “unauthorized attempts to access classified or sensitive data” as the first item on a list of suspicious activities to report, above even “advocacy for terrorist organizations” and “recruitment by extremist groups.”

An example of the iSALUTE logo and link to be displayed on Army NIPR sites can be seen at the bottom of the U.S. Army Cyber Command’s website.  The main iSALUTE reporting form can be viewed at https://www.inscom.army.mil/isalute/.  To download the following Operations Order on the public rollout of iSALUTE, see OPERATION ORDER 11-206, 7th Signal Command (T) rollout of the I SALUTE (Counter Intelligence Reporting Portal) link into all official Army websites.