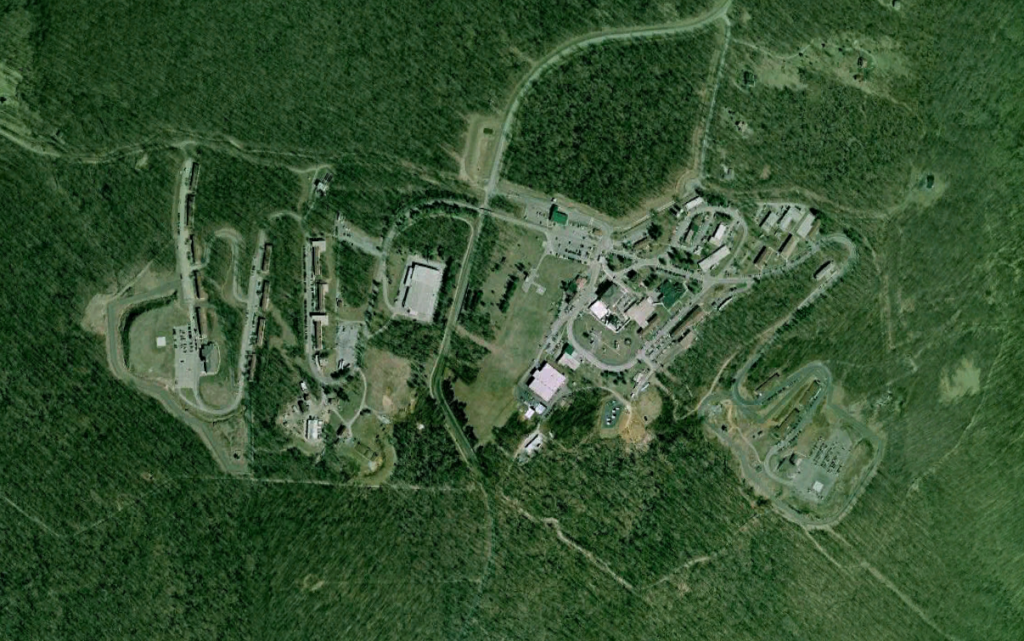 The Mount Weather Special Facility is a Continuity of Government (COG) facility operated by the Federal Emergency Management Agency (FEMA). The 200,000 square foot facility also houses FEMA’s National Emergency Coordinating Center. The site is located on a 434 acre mountain site on the borders of Loudon and Clarke counties, approximately 48 miles west of Washington, DC in Bluemont, Virginia.  The above ground support facilities include about a dozen buildings providing communications links to the White House Situation Room.

The Center for Land Use Interpretation states that the facility has nearly 600,000 to 700,000 square feet of underground space.  The center also states that, along with Raven Rock (Site R), these facilities serve as:

“. . . the main relocation sites for the highest level civilian and military officials, and what is called, seemingly interchangeably, the “Continuity of Government” and the “Continuity of Operations Plan” (COOP). The present day version of this plan, when it is activated, as recent articles in national newspapers have claimed, calls for 75 to 100 government workers to be kept in one of two underground locations, briefed daily and prepared to take over if the active, elected government is wiped out. COOP was activated hours after the attacks on September 11, and since that time these unknown individuals have been serving in rotations lasting up to three months, in Raven Rock and Mount Weather.”1

History of the Site

The site was originally acquired by the National Weather Bureau to launch weather balloons and kites. In 1936 it passed to the Bureau of Mines, which bored a short experimental tunnel less than 300 feet beneath the mountain’s crest to test new mining techniques. Based on a favorable evaluation of the hardness and integrity of the mountains rock, the Bureau began construction of the facility’s tunnels in 1954, which were completed by the Army Corps of Engineers under the code name “Operation High Point.”2   Total constuction costs, adjusted for inflation, are estimated to have exceeded $1 billion. Tunnel roofs are shored up with some 21,000 iron bolts driven 8 to 10 feet into the overhead rock. The entrance is protected by a guillotine gate, and a 10 foot tall by 20 foot wide 34-ton blast door that is 5 feet thick and reportedly takes 10 to 15 minutes to open or close.

The Army Corps of Engineers completed the “Area B” underground complex in 1958-1959. Total construction costs, adjusted for inflation, are estimated to have exceeded $1 billion. Tunnel roofs are shored up with some 21,000 iron bolts driven 8 to 10 feet into the overhead rock. The entrance is protected by a guillotine gate, and a 10 foot tall by 20 foot wide 34-ton blast door that is 5 feet thick and reportedly takes 10 to 15 minutes to open or close.  The underground bunker includes a hospital, crematorium, dining and recreation areas, sleeping quarters, reservoirs of drinking and cooling water, an emergency power plant, and a radio and television studio which is part of the Emergency Braodcasting System. A series of side-tunnels accomodate a total of 20 office buildings, some of which are three stories tall. The East Tunnel includes a computer complex for directing emergency simulations and operations through the Contingency Impact Analysis System (CIAS) and the Resource Interruption Monitoring System (RIMS).

An on-site 90,000 gallon/day sewage treatment plant and two 250,000 gallon above-ground storage tanks are intended to support a population of 200 for up to 30 days. Although the facility is designed to accomodate several thousand people (with sleeping cots for 2,000), only the President, the Cabinet, and Supreme Court are provided private sleeping quarters. For Continuity of Government purposes, senior officials are divided into Alpha, Bravo and Charlie teams — one remains in Washington, another relocates to Mount Weather, and the third disperses to other relocation sites. The only full-scale activation of the facility came on 9 November 1965, at the time of the great Northeastern power blackout.

As of July 1958 there were some 90 relocation sites in the seat of Government arc from 30 to 300 miles of Washington, and over 300 relocation sites through-out the country for regional and field offices. The arc was connected with an interagency communication system, which was reasonably adequate and was in the process of further development. A few highly secure relocation sites for central direction and for the protection of central communications had either been constructed or were under construction as of mid-1958.3

The complex was prepared to assume certain governmental powers at the time of the 1961 Cuban missile crisis and the assassination of President Kennedy in 1963. The first full-scale activation of the facility came on 9 November 1965, at the time of the great Northeastern power blackout. The installation used the tools of its Civil Crisis Management program on a standby basis during the 1967 and 1968 urban riots and during a number of national antiwar demonstrations.

In its 1974 Annual Report, the Federal Preparedness Agency [FPA] stated that “Studies conducted at Mount Weather involve the control and management of domestic political unrest where there are material shortages (such as food riots) or in strike situations where the FPA determines that there are industrial disruptions and other domestic resource crises.”

On 01 December 1974, a TWA Boeing 727 jet crashed into a fog-wrapped mountain, killing all 92 persons aboard. Journalists who covered the crash site noticed fenced US government facility nearby. Within days, The Washington Post reported that the facility was known as Mount Weather, though The Post quoted a spokesman for the Department of Defense as saying he was not allowed “to comment on what Mt. Weather was used for … or how long it has been in its current use.”4

According to the Senate Subcommittee on Constitutional Rights hearings in 1975, the Congress had almost no knowledge and no oversight–budgetary or otherwise–on Mount Weather. Retired Air Force General Leslie W. Bray, in his testimony to the subcommittee, said “I am not at liberty to describe precisely what is the role and the mission and the capability that we have at Mount Weather, or at any other precise location.”5

The Virginia National Processing Center (VNPSC) is one of three FEMA Processing Service Centers nationwide. Its mission is to assist individuals impacted by disasters to begin the recovery process. Each Center’s phone banks receive countless first calls for assistance from victims in the aftermath of disasters. Each claimant is provided a fast, efficient, and caring response.6

The Disaster Finance Center (DFC) provides centralized financial management services for FEMA’s Disaster Relief Fund. These services include disaster cost projections, payment of disaster expenses, and production of financial statements and related reports. The DFC is a division of the Office of Financial Management and has a full-time staff of about 80 people and a surge staff that varies in size, depending on disaster activity.

The Disaster Information Systems Clearinghouse (DISC) operates a storage and recycling center that provides centralized control and deployment of all computer and communications equipment necessary to support disaster declarations.

The Disaster Personnel Operations Division (DPOD) is a part of the Office of Human Resources Management and is responsible for personnel management in support of disaster response. The division recruits, selects, and supports employees that fill temporary positions at FEMA’s fixed facilities and other offices throughout the U.S. In addition, the division maintains National Cadres of Disaster Assistance Employees and maintains FEMA’s Automated Disaster Deployment (ADD) system.

The Information Technology Services Division (ITS) provides computer and communications support for FEMA’s all-hazards emergency response mission. The Information Technology Service Center (ITSC), which is located at Mt. Weather, is responsible for providing 24-hour-a-day, 7-day-a-week help desk for users of FEMA’s information systems during declared disasters. At other times, the ITSC operates 16 hours a day. The ITSC is responsible for taking reports on and processing suspected or actual network security problems, and notifying the ESM and appropriate system/network administrator immediately following the reported incident.

Many names have been associated with the Mount Weather facility over the years.8 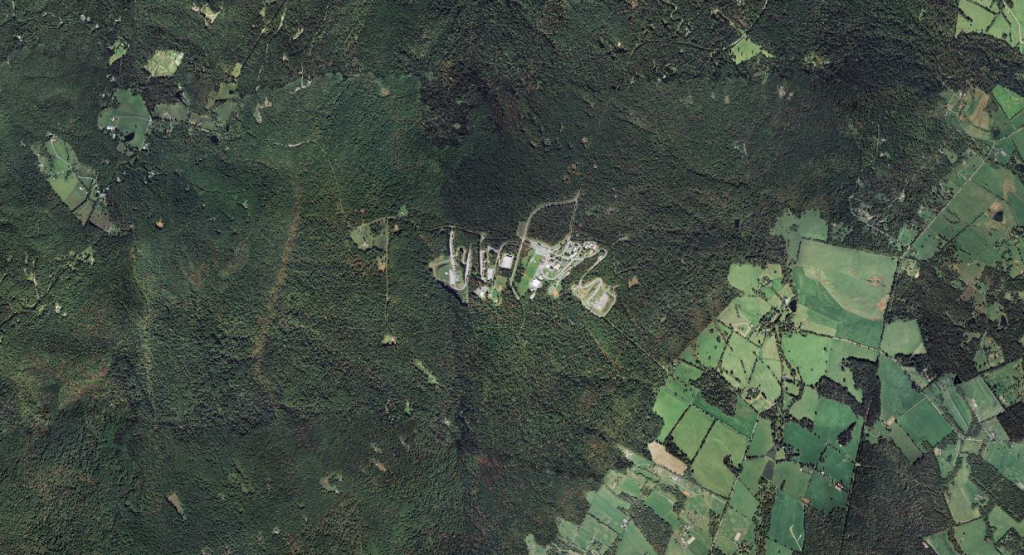 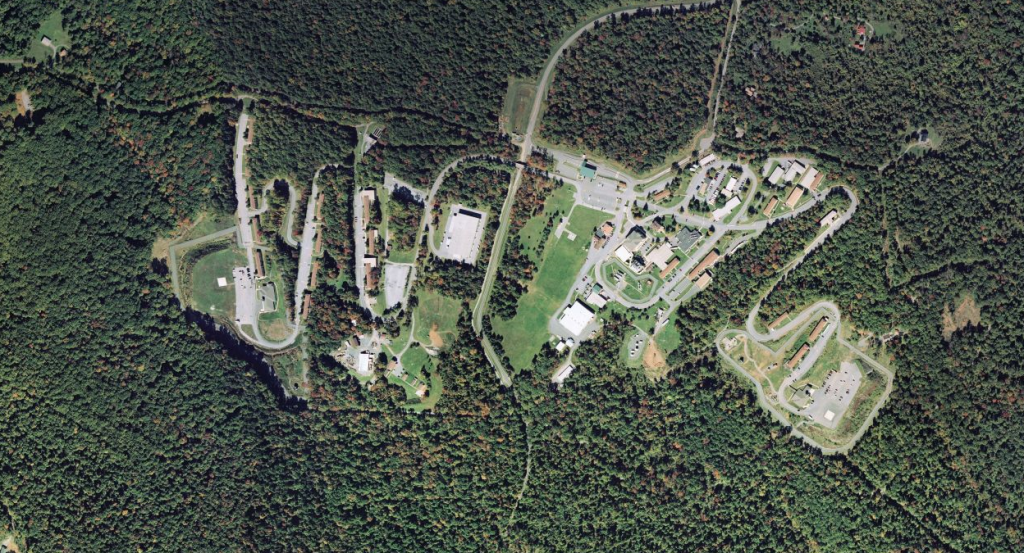 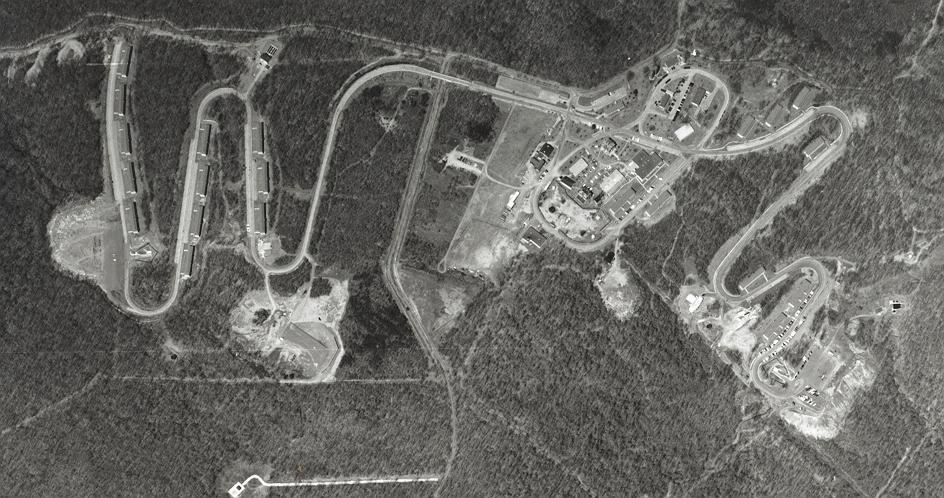 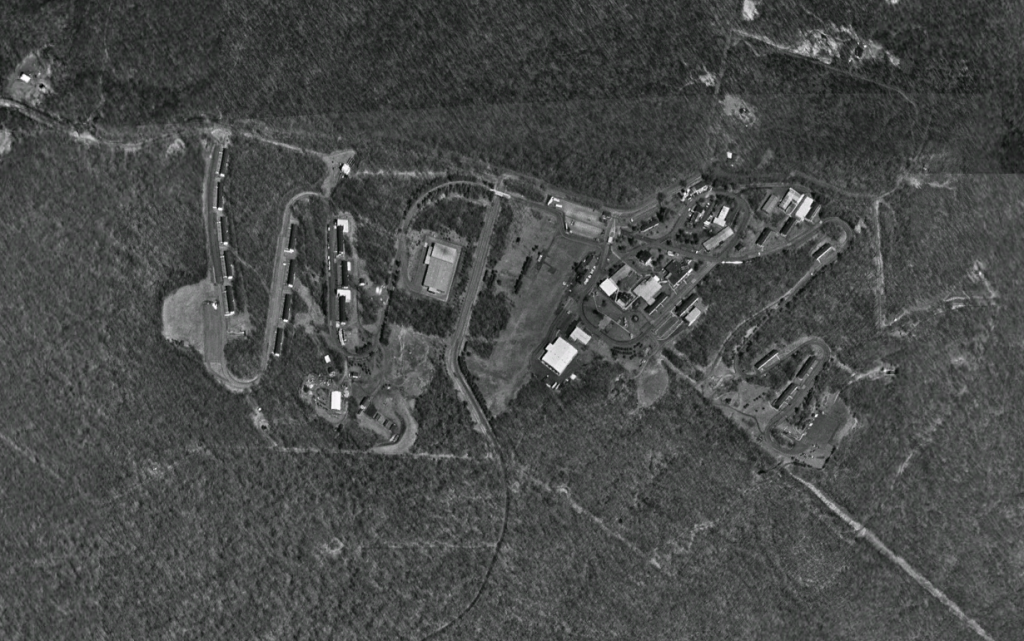 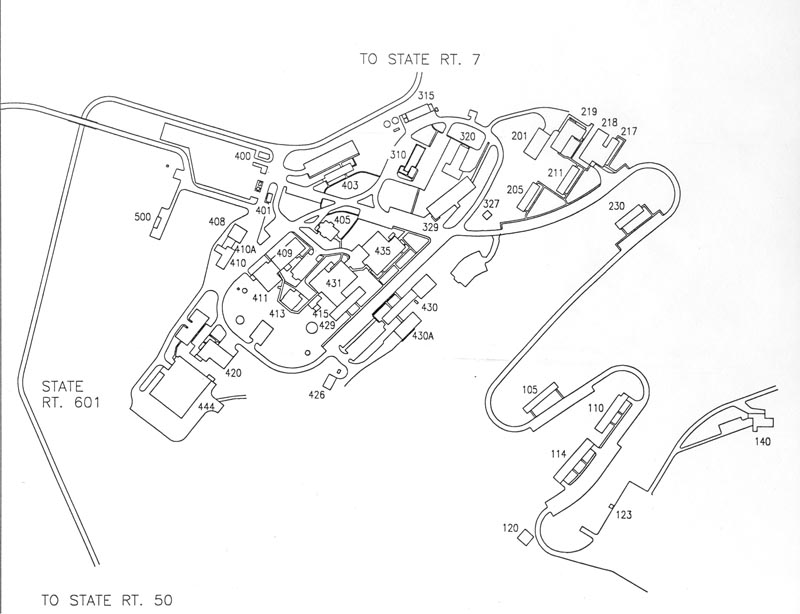 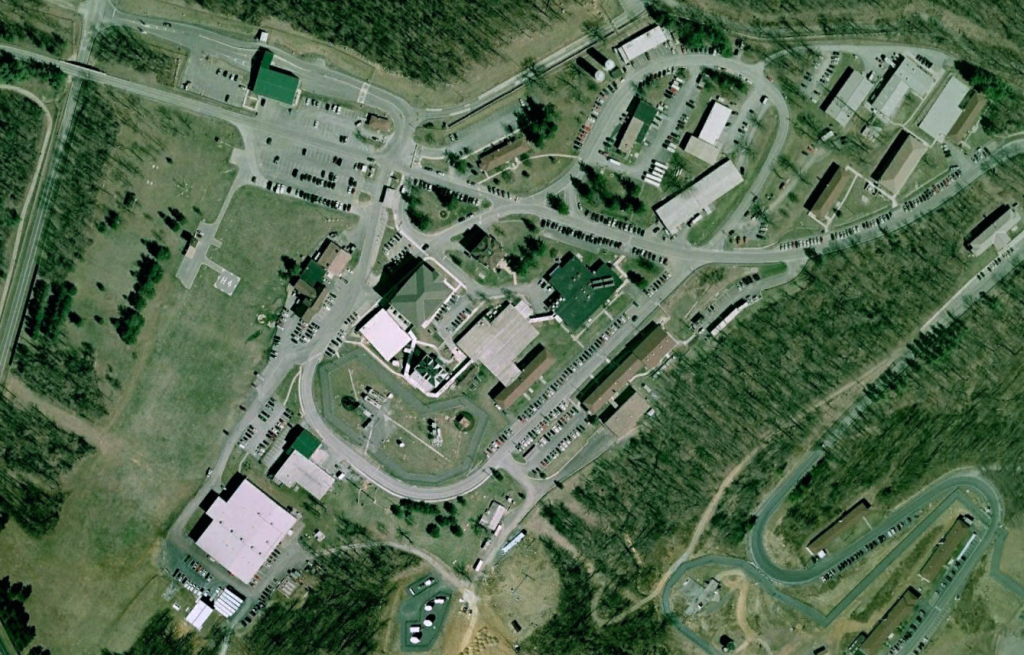 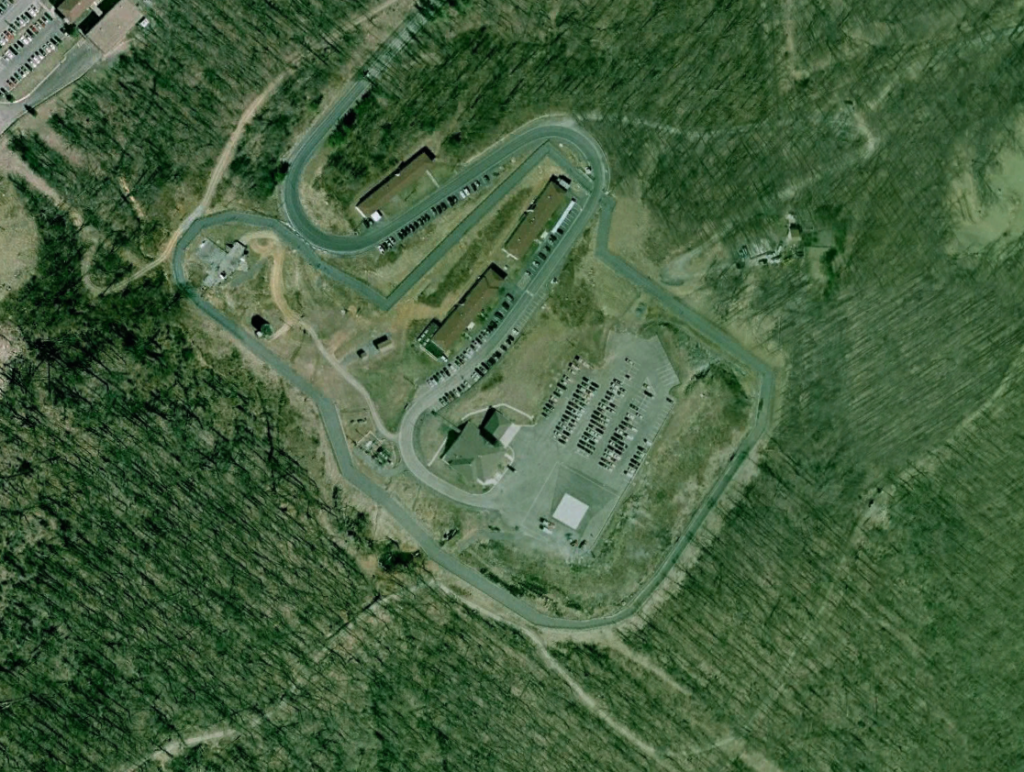 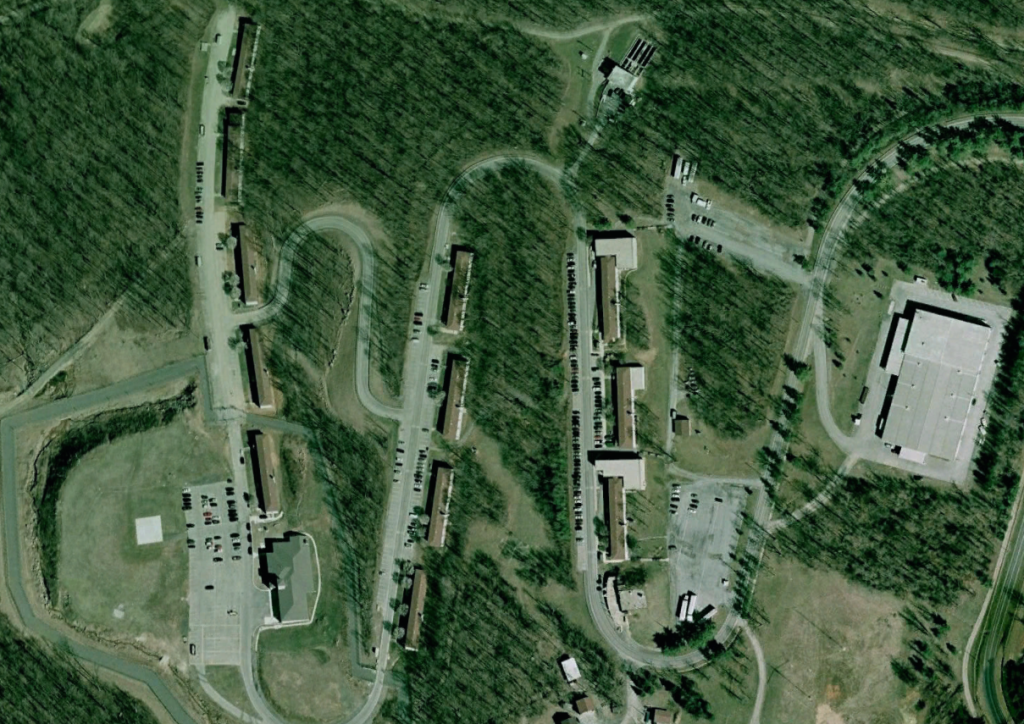 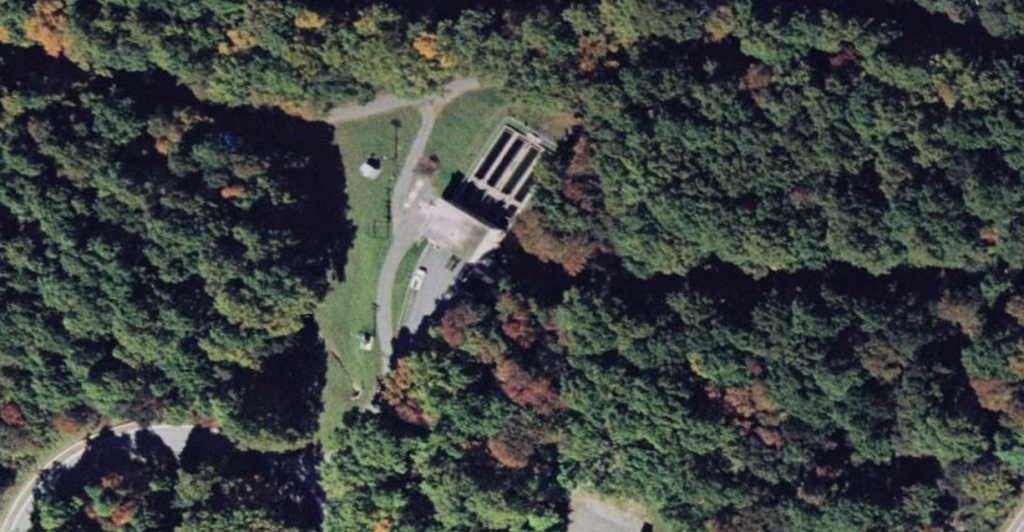 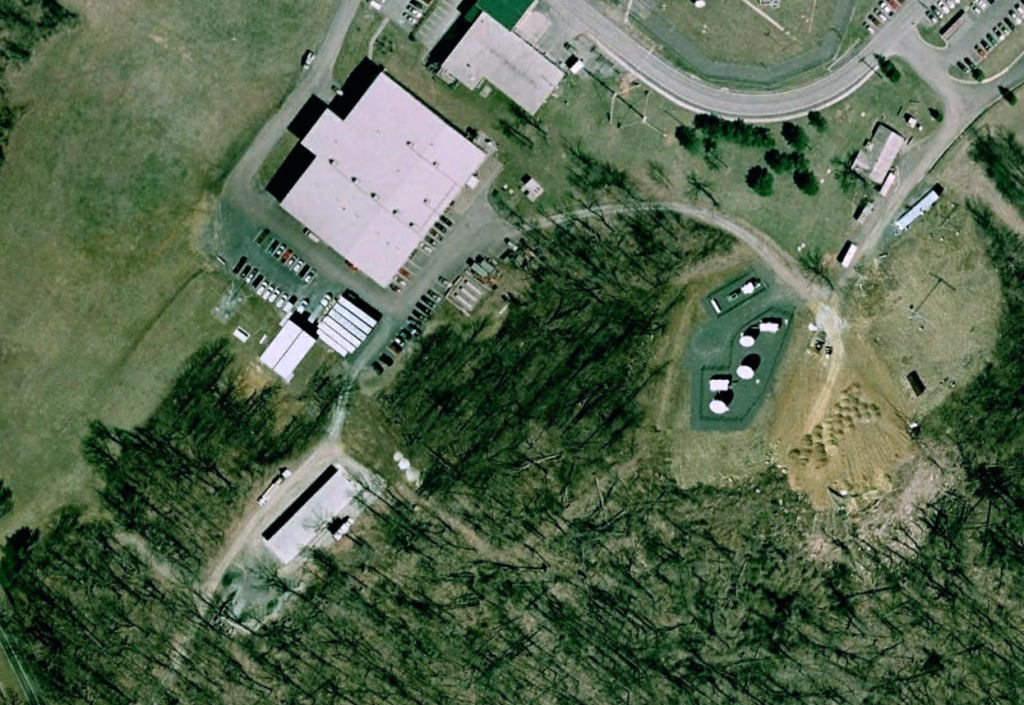