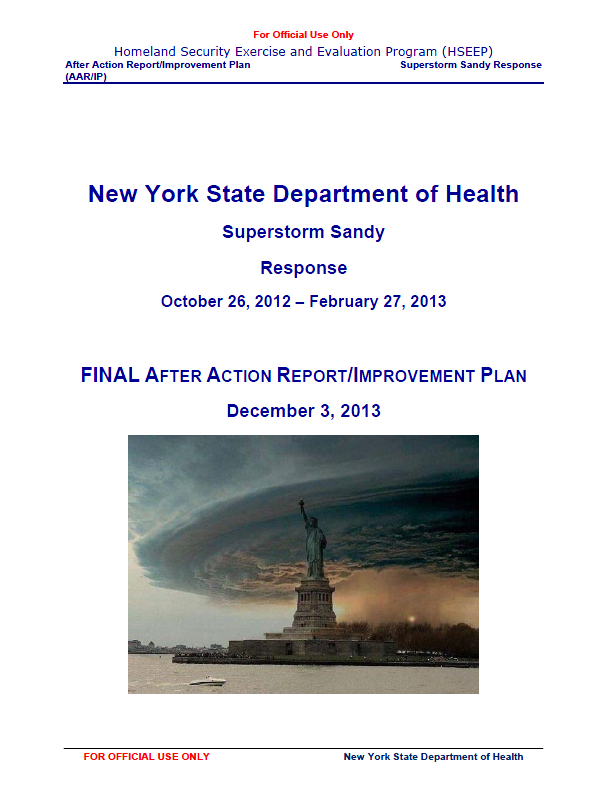 Superstorm Sandy’s strength and angle of approach combined to produce a record storm surge of water into New York City. The surge level at Battery Park topped 13.88 feet by 9:25 p.m. that same evening and the New York Harbor’s surf reached a record level with 32.5 foot waves.

The NYSDOH activated its Incident Management System (IMS) on October 26, as well as the Health Operations Center (HOC), the HEC and provided staff to the New York City Emergency Operations Center (EOC) and the New York State EOC. The response efforts by the NYSDOH ended 125 days later on February 27, 2013, second in duration only to the response period for the 2009 H1N1 influenza pandemic.