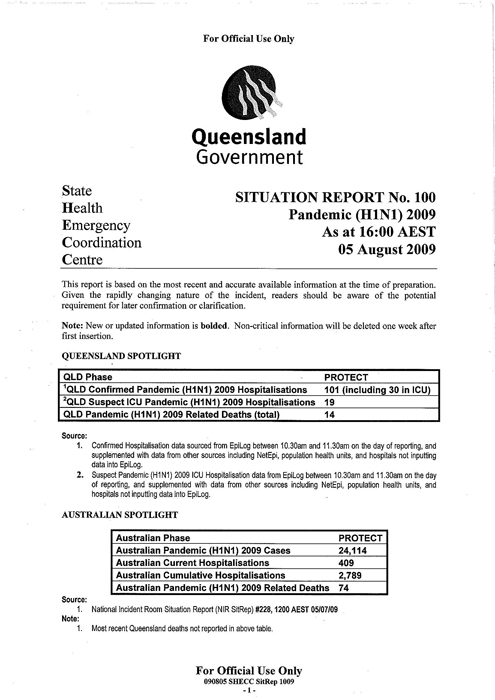 • [03 August 2009] Prince Charles Hospital reported that the facility had three Extra- Corporeal Membrane Oxygenation (ECMO) stations in operation, all three of which were in use by patients with continned Pandemic (HINI) 2009.

• [30 Jul 09] Townsville HSD reported a youth at Cleveland Detention Centre was displaying influenza like symptoms. The inmate was swabbed, isolated and commenced on Tamiflu, with ten further courses of Tamiflu supplied to the Centre’s nurse. Two further suspected cases have been swabbed, administered Tamiflu and isolated. On Tuesday, 04 August 2009, Townsville HSD reported two positive cases of Pandemic (HINI) 2009 at the facility.

• [31 Jul 2009] Longreach has now reported their second continned Pandemic (HINI) 2009 case. The patients are one tourist and one local, and neither have required admission to hospital. 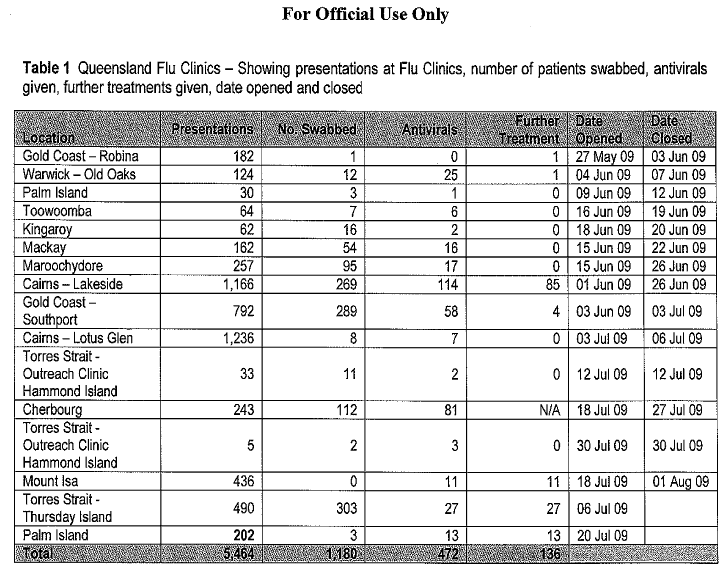