According to the report, ICE provided this list of specially designated countries. ICE policy requires officers to perform a TAC for detained aliens from these countries.1 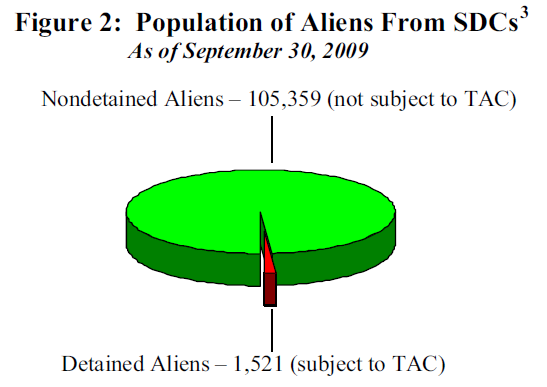 A graph shows the population of aliens from Specially Designated Countries (SDCs) as of September 30, 2009.