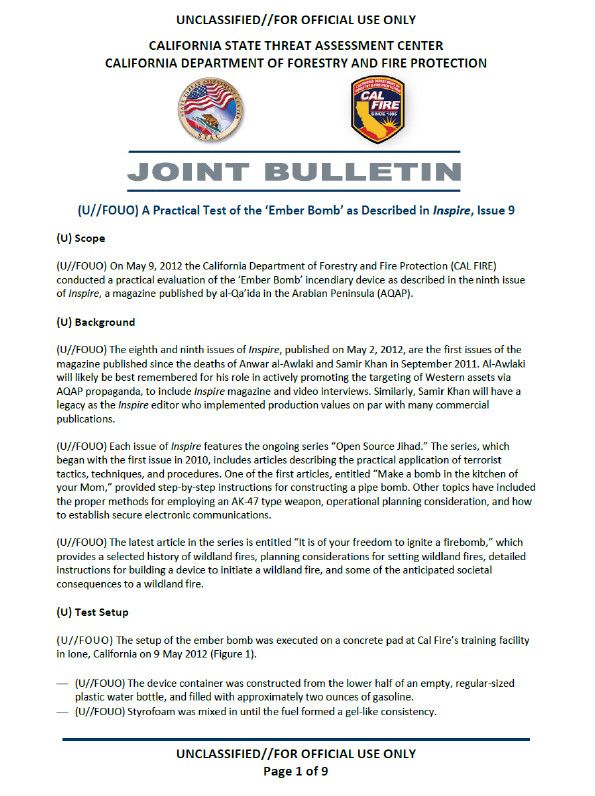 (U//FOUO) On May 9, 2012 the California Department of Forestry and Fire Protection (CAL FIRE) conducted a practical evaluation of the Ember Bomb incendiary device as described in the ninth issue of lnspre, a magazine published by al-Qa’ida in the Arabian Peninsula (AQAP).

(U//FOUO) The eighth and ninth issues of Inspire, published on May 2, 2012, are the first issues of the magazine published since the deaths of Anwar al-Awlaki and Samir Khan in September 2o11. Al-Awlaki will likely be best remembered for his role In actively promoting the targeting of western assets via AQAP propaganda, to include Inspire magazine and video interviews. Similarly, Samir Khan will have a legacy as the Inspire editor who implemented production values on par with many commercial publications.

(U//FOUO) Each issue of inspire features the ongoing series “Open Source Jihad.” The series, which be8an with the first issue in 2010, includes articles describing the practical application of terrorist tactics, techniques, and procedures. One of the first articles, entitled “Make a bomb in the kitchen of your Mom,’ provided step-by-step instructions for constructing a pipe bomb. Other topics have included the proper methods or employing an AK-47 type weapon, operational planning consideration, and how to establish secure electronic communications.

(U//FOUO) The latest article in the series is entitled “It is of your freedom to ignite a firebomb,’ which provides a selected history of wildland fires, planning considerations for setting wildland fires, detailed instructions for building a device to initiate a wildland fire, and some of the anticipated societal consequences to a wildland fire. 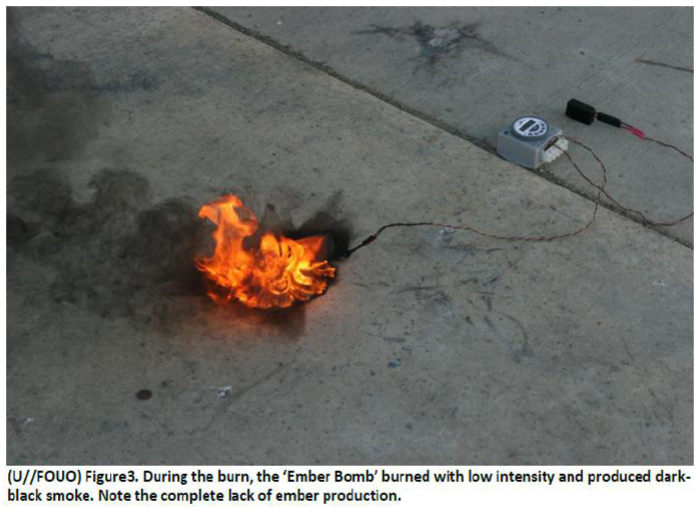 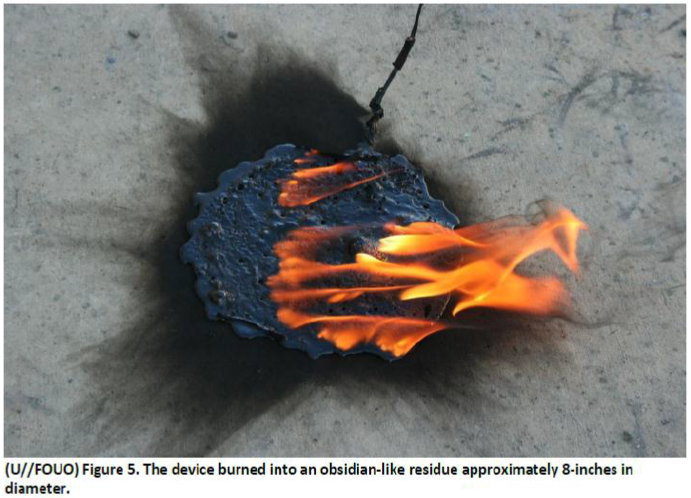