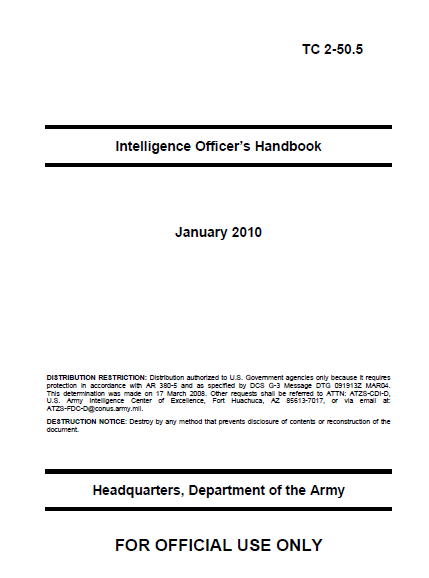 1-2. The intelligence warfighting function is the related tasks and systems that facilitate understanding of the operational environment. It includes tasks associated with intelligence, surveillance, and reconnaissance operations and is driven by the commander (FM 3-0). Intelligence is more than just collection; it is a continuous process that involves analyzing information from all sources and conducting operations to develop the situation. The intelligence warfighting function includes the following tasks:

• Indications and warning (I&W). Analysis of time-sensitive information that could involve a threat to U.S. and multinational military forces, U.S. political or economic interests, or to U.S. citizens. While the G-2/S-2 produces I&W intelligence, every Soldier, such as the one conducting a presence patrol, contributes to the I&W through awareness of the CCIRs and by reporting related information.
• Current intelligence. The G-2/S-2 produces accurate reporting on the current threat situation— which becomes a portion of the common operational picture (COP)—projects the threat’s anticipated situation and the implication to friendly operations.
• General military intelligence (GMI). GMI focuses on the military capabilities of foreign countries, organizations, or on topics relating to Armed Forces capabilities, including threat characteristics (previously order of battle factors) and area or terrain intelligence. The G-2/S-2 develops initial intelligence preparation of the battlefield (IPB) products from various GMI databases, and then develops and maintains the unit’s GMI database on potential threat forces and areas of concern based on the commander’s guidance. This database supports the unit’s plan, preparation, execution, and assessment of operations.
• Target intelligence. The analysis of threat units, dispositions, facilities, and systems to identify and nominate specific assets or vulnerabilities for attack, reattack, or exploit.
• Scientific and technical intelligence (S&TI). The collection, evaluation, and interpretation of foreign engineering science and technology with warfare potential, including military systems, weapons, weapons systems, materiel, research and development, and production methods. The G-2/S-2 establishes instructions in standing operating procedures (SOPs), orders, and plans for handling and evacuating captured enemy material for S&TI exploitation.
• Counterintelligence (CI). Identifying and recommending countermeasures against threats by foreign intelligence services and the ISR activities of nonstate entities, such as organized crime, terrorist groups, and drug traffickers. 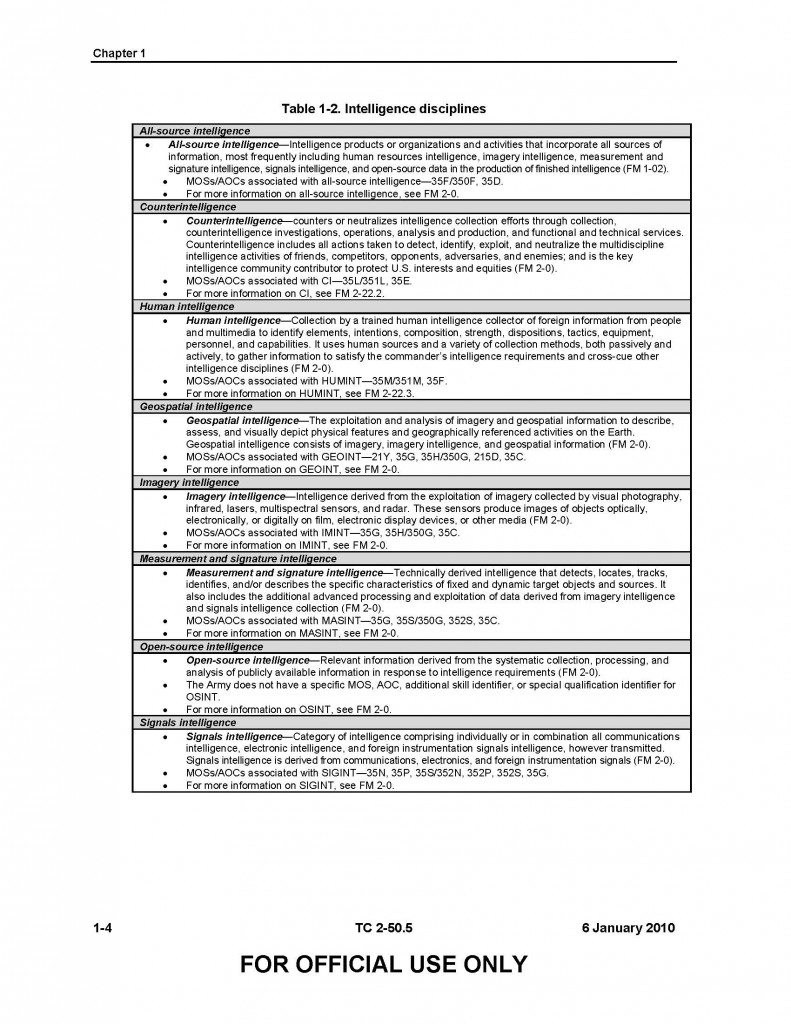 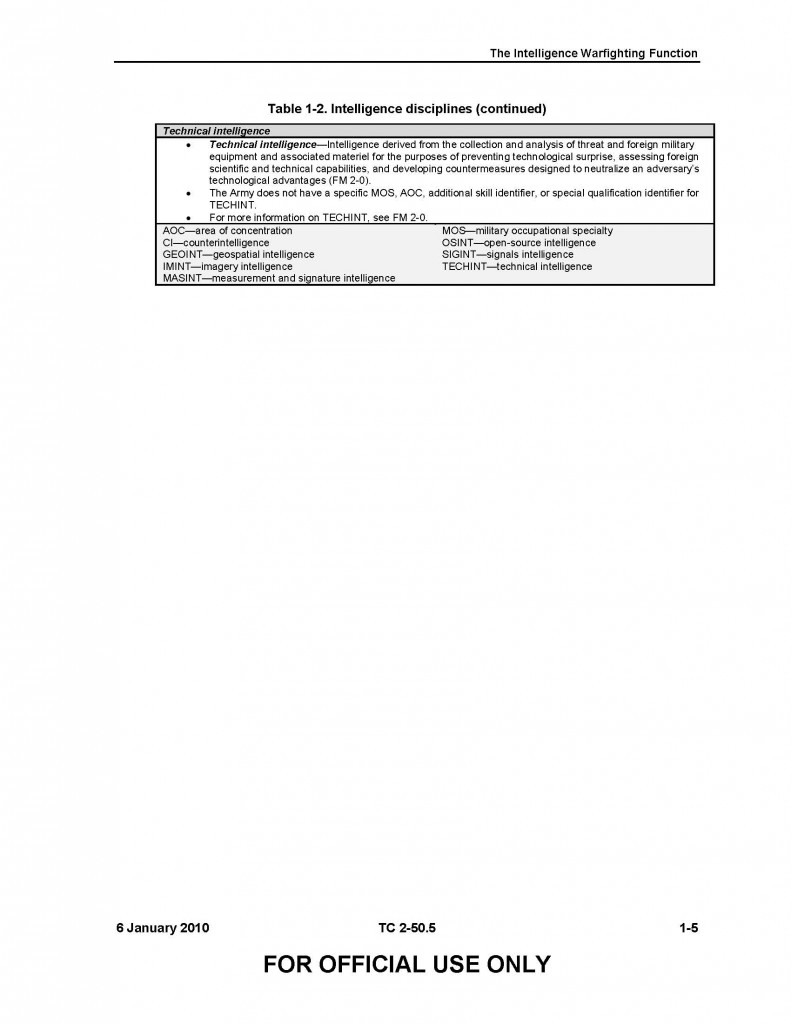