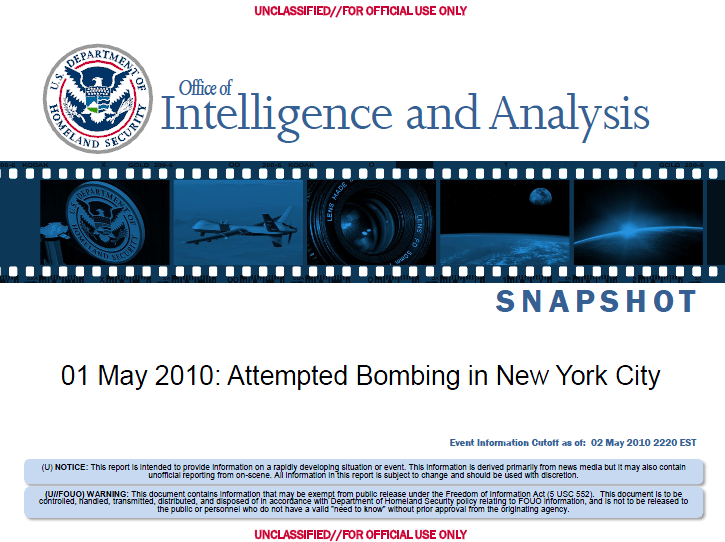 —On 1 May 2010, a Vehicle Borne Improvised Explosive Device (VBIED) was discovered in the Times Square area of New York City

(U) On 2 May, at approximately 1330, Al-Jazeera reported that a group claiming to be Tehrik-e Taliban Pakistan had claimed responsibility for the attack in a one-minute long video posted on a video-sharing Website. It has yet to be determined if the tape is authentic, and if so, if the group played any role in the attack.﻿

(U) Officials are examining local security cameras in the area following reports that a man was seen fleeing the area.

(U) Witnesses reported that the subject is possibly a white male, approximately 40 years of age.

(U) The NYPD is interviewing witnesses, one of whom may have photographed the suspect.

(U) One surveillance video shows an unidentified male slip down an alley and shed his shirt. He is seen looking back towards the smoking vehicle and furtively stowing his shirt in a bag.

(U) Tactics & Techniques: The vehicle was parked in a high traffic area, by both pedestrians and vehicles, and if it had ignited it could have produced numerous casualties.

(U//FOUO) The following items were found in the vehicle:
–(U//FOUO) Two 5 gallon containers of gasoline
–(U) Three 20 pound propane tanks
–(U) Electrical wires
–(U) Black powder
–(U) Consumer-grade fireworks
–(U) Two digital clocks with batteries
–(U//FOUO) A 4-foot by 2-foot metal box resembling a gun locker filled with possibly fertilizer.

(U//FOUO) The Device: Consumer-grade fireworks, resembling a model known as M-80s, were taped around the outside of the gasoline cans…two clocks with batteries, including one that resembled a child’s toy, were connected to the device by small wires. Investigators believe the fireworks had been lit, but did not explode.

(U//FOUO) The vehicle is currently being analyzed by the FBI and NYPD. The VIN number had been removed from one location on the vehicle but recovered elsewhere. 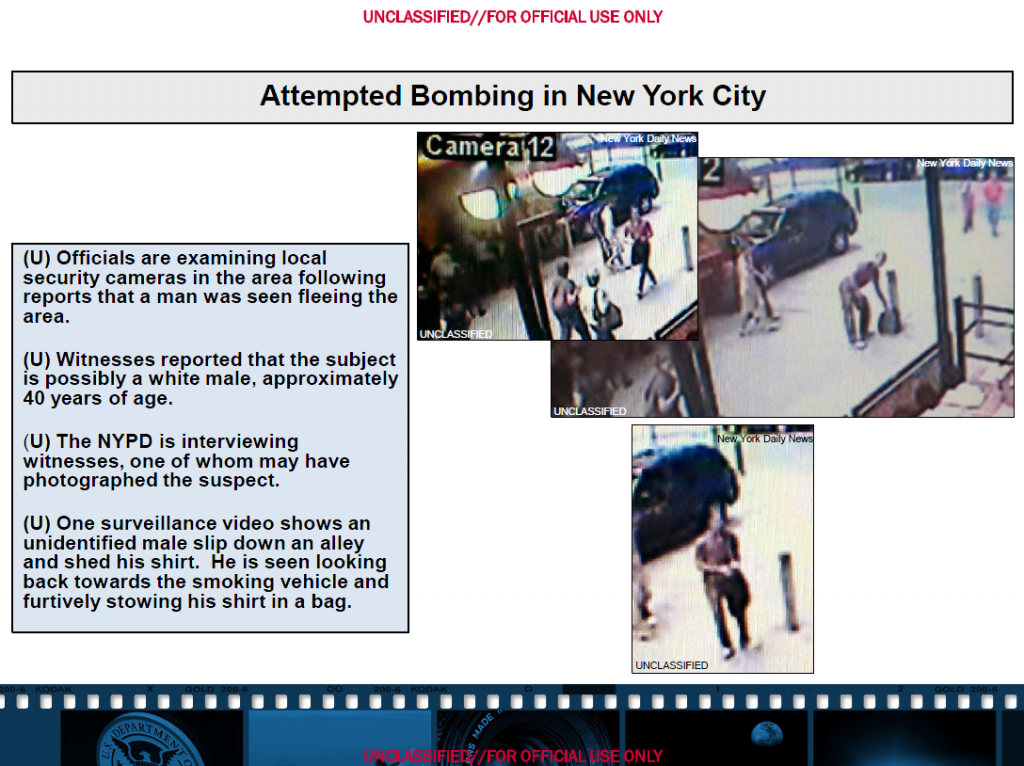 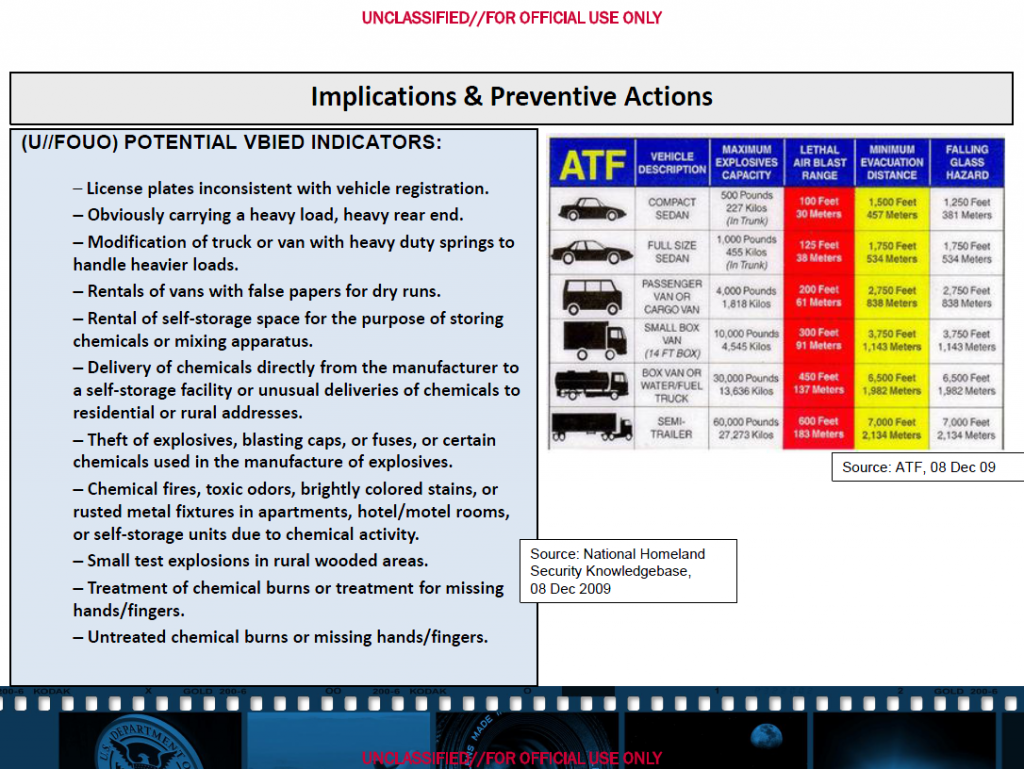