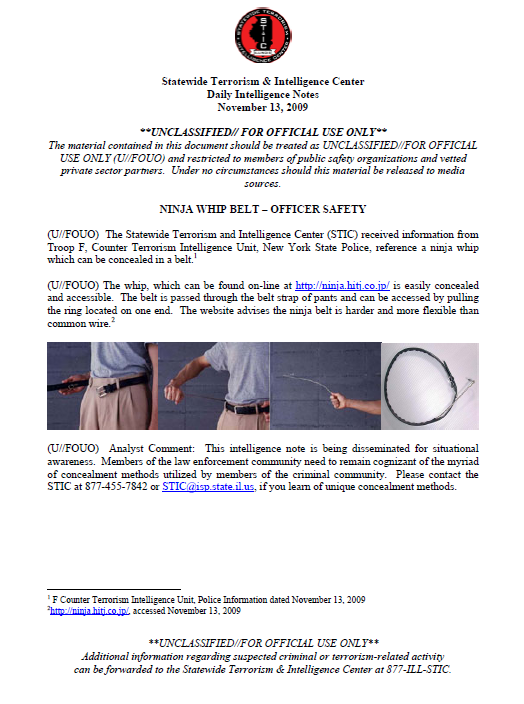 (U//FOUO) The whip, which can be found on-line at http://ninja.hitj.co.jp/ is easily concealed and accessible. The belt is passed through the belt strap of pants and can be accessed by pulling the ring located on one end. The website advises the ninja belt is harder and more flexible than
common wire.