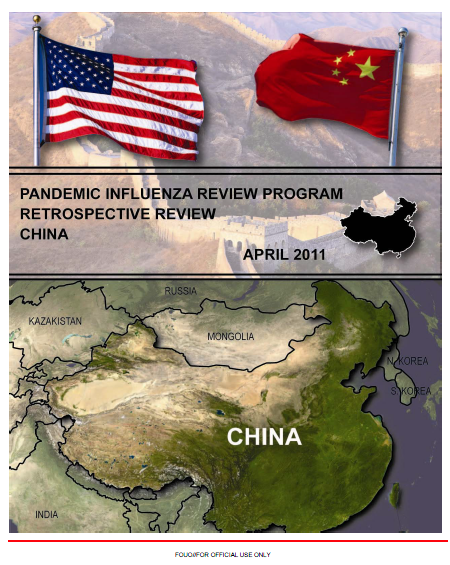 The United States (U.S.) Pacific Command (PACOM) and the Hawaii National Guard (HING) have entered into an Inter-Service Support Agreement (ISSA) to execute two (2) USPACOM J07, Command Surgeon, Pandemic Influenza (PI) led activities in support of the U.S. Agency for International Development (USAID): A Comprehensive Nation Review/Disparity Analysis and a PI Healthcare System Surge Demand and Intervention Workshop. These USAID approved and resourced training and education activities support military-to-military engagement for a World Health Organization (WHO) PI Phase 6 event in six (6) USAID focus countries; a WHO PI Phase 6 event is defined as sustained human-to-human transmission in at least two (2) WHO regions with at least two (2) countries involved in one of the regions. The six (6) USAID focus countries for this project are Bangladesh, Cambodia, China, Indonesia, Nepal, and Vietnam. This report will focus specifically on China.

The People’s Republic of China is one of the global leaders in vaccine research and production, and an active participant in international PI initiatives, but despite steps to improve influenza surveillance and ministerial coordination, major challenges remain to Chinese PI response preparedness. Substantial global concern has emerged in recent years regarding China’s ability to effectively monitor, prevent, and contain infectious disease threats within its borders. Factors including potential Avian Influenza (AI) outbreaks in poultry, China’s immense size and population, a largely underdeveloped health care infrastructure, and a sizable poultry industry all contribute to make China a global PI hotspot and an important area of focus for the potential emergence of human influenza pandemics that threaten the rest of the world.

A PI Review Team from PACOM will use the results of this report as a starting point to complete an in-country review of China’s military capabilities (People’s Liberation Army) to prepare for and respond to this threat. The team will use an interactive Review Tool, standardized and scalable to the needs of China, to aid the team members in identifying capability disparities. Analysis of the information collected in this Review Report and through the use of the Review Tool will provide PACOM and USAID with the data needed to develop a three (3) to five (5) year strategic plan for future PI preparedness efforts in China.