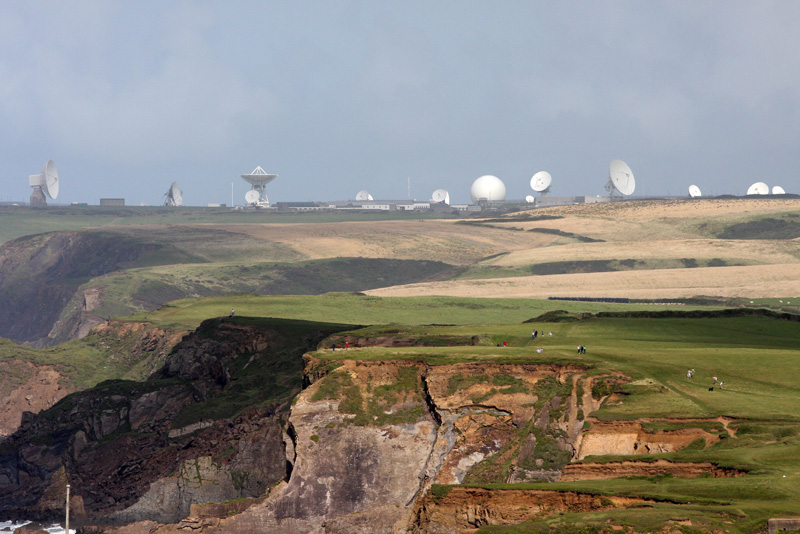 GCHQ Bude is located right along the coastline in Cornwall. Photo by PeterJDH.

GCHQ Bude, formerly known as the the GCHQ Composite Signals Organisation Station (CSOS) Morwenstow, is a satellite ground station located on the north Cornwall coast between the small villages of Morwenstow and Coombe, UK operated by the British signals intelligence service (GCHQ) on the site of the former World War II airfield, RAF Cleave.

The station comprises twenty one satellite antennas of various sizes (including three that have a diameter of 30 m) that could theoretically cover all the main frequency bands: L band, C band, Ku band, X band, Ka band and V band. Calculated on the basis of their position, their elevation and their compass (azimuth) angle the antennae are generally orientated towards satellites of the INTELSAT, INTERSPUTNIK and INMARSAT communications networks over the Atlantic Ocean, Africa and the Indian Ocean, as well as towards the Middle East and mainland Europe.  The activities of GCHQ Bude usually remain classified, however, partly in response to concerns expressed by some EU member states that Morwenstow is responsible for industrial espionage and the interception of civilian communications, a report by the European Parliament was made public in 2001 that provides some details about the station.  The following table from that report presents potential satellite networks that may be connected with the Morwenstow intercept station. 2 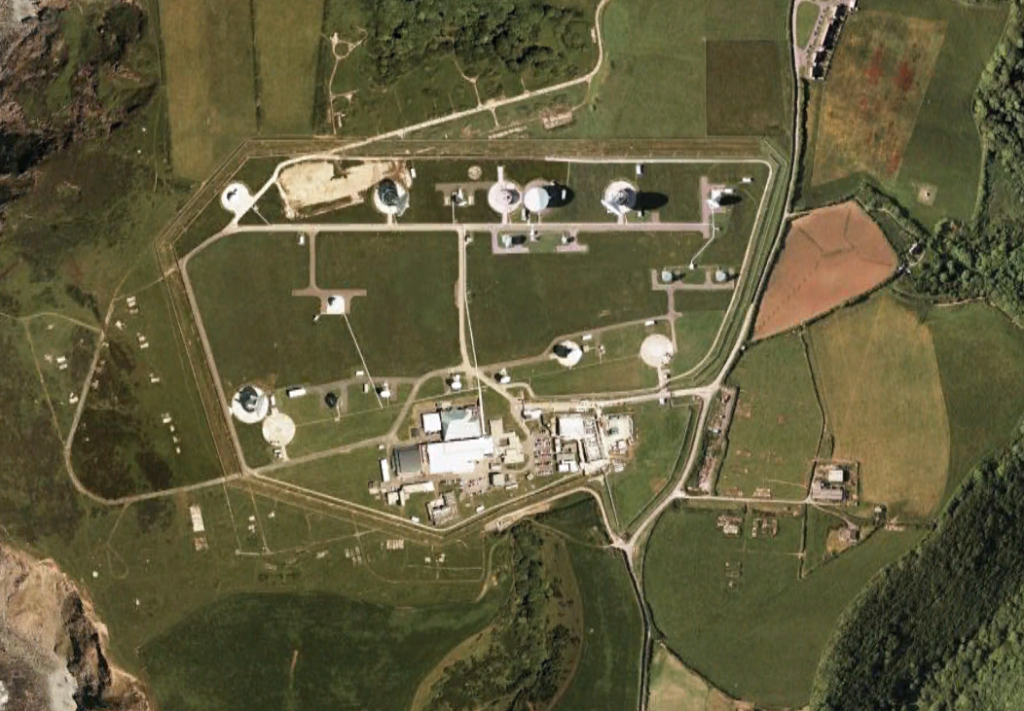 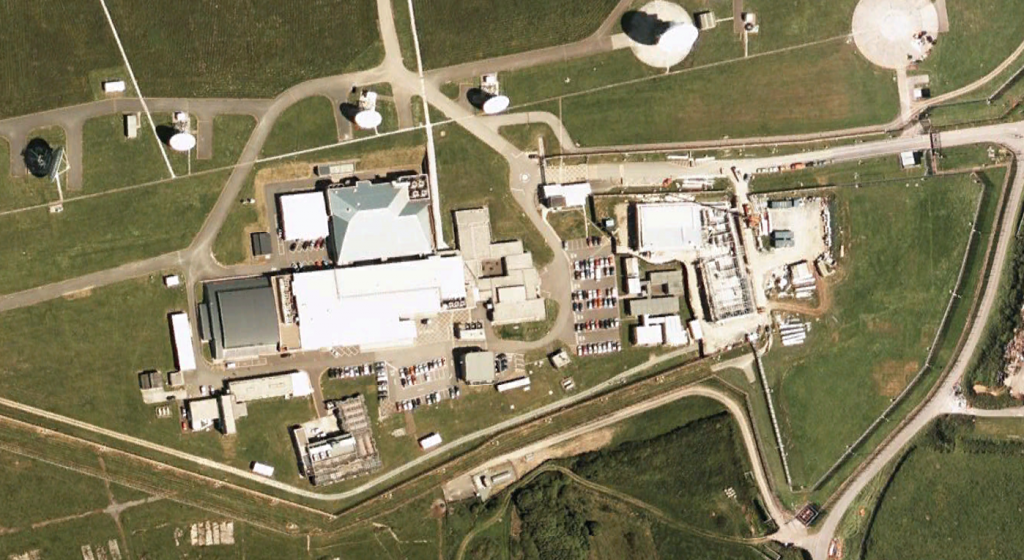