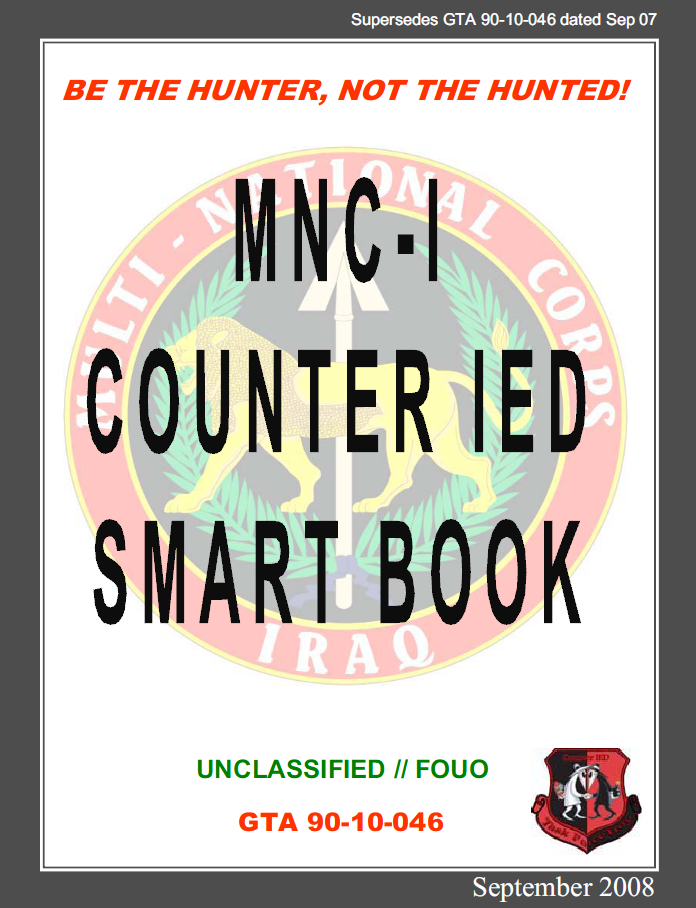 “While the 5-Cs are conducted in no specific order, the response must be instinctive, effective and based on METT-TC.” – FM 3.90.119

CONFIRM- The presence of the suspect item should be confirmed. If a device has functioned it is confirmed. This is to be done from a safe location with maximum use of distance, frontal and overhead protection. Your safety should not be compromised for positive identification of an IED. You should not move closer to the device unless absolutely necessary as observation can be achieved with the use of spotting equipment such as binoculars and scopes. Ensure you are constantly aware of the possibility of secondary devices. Do not get tunnel vision, inform the rest of your callsign of the presence of the suspected item. Call EOD using the SPOT report followed by an IED/UXO 9 line report.

CLEAR- All personnel are to be moved away from the suspect item. Mark your location and note the direction and distance to the device. Move to a minimum distance of 300 meters from the suspect item. The Convoy Commander or Patrol Leader at the scene makes the decision on how large an area to clear based on METT-TC. Detonation may be imminent if the device was armed before being located. Personnel should make maximum use of hard cover, ensuring they are out of the direct Line of Site (LOS) from the suspect area to cleared positions. If cover cannot be obtained, maximize distance from the device.

CORDON- The established danger area is to be cordoned off and an Incident Control Point (ICP) is to be established for follow on agencies. The purpose of the cordon is to prevent unauthorized personnel from entering the site (for their own safety and the safety of the first responders), to preserve the scene for further exploitation, and to provide outward protection and security against command-initiated IEDs. When clearing personnel from the area, random individual checks should be carried out as potential exists in identifying a triggerman, cameraman, and/or insurgent personnel. Convoy personnel man the perimeter until additional assets arrive on scene. Do not become distracted.

CHECK- All personnel should check their immediate area for secondary devices by conducting 5 and 25 meter sweeps from their positions. Soldiers should look for IED materials and equipment (detonating cord, receivers, transmitters, cell phones, antennas etc.) that may lead to other IEDs flanking the unit. Any suspicious items should be reported to the Patrol Leader/Convoy Commander immediately, the area around the device marked as per a unit-designated marking system, and the cordon re-established to a safe area and the 5/25 procedure conducted again.

CONTROL- The area inside the cordon is controlled to ensure only authorized access. Allow only first responders to breach the cordon through the ICP. All civilian traffic should be diverted away from the
cordon. Maintain (from a safe distance) a visual/line of sight (binoculars and scopes) observation of the subject IED to ensure no tampering occurs. Immediately report any personnel observed approaching the IED according to the unit SOP. The cordon must be secure, ensuring no one enters the danger area until the EOD Team has given the all clear signal. Remain alert and look for a potential triggerman from your position. 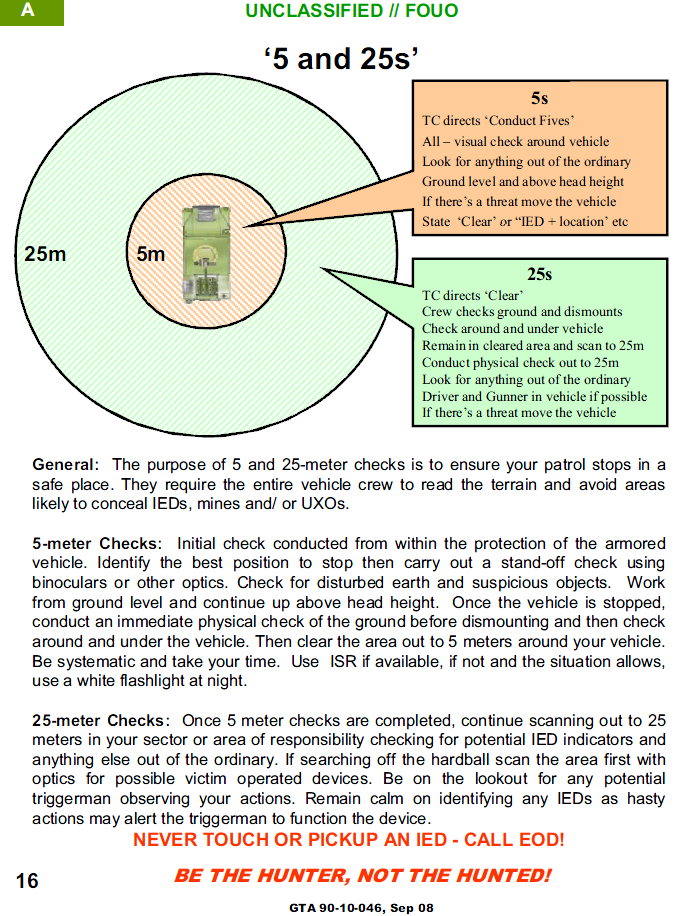 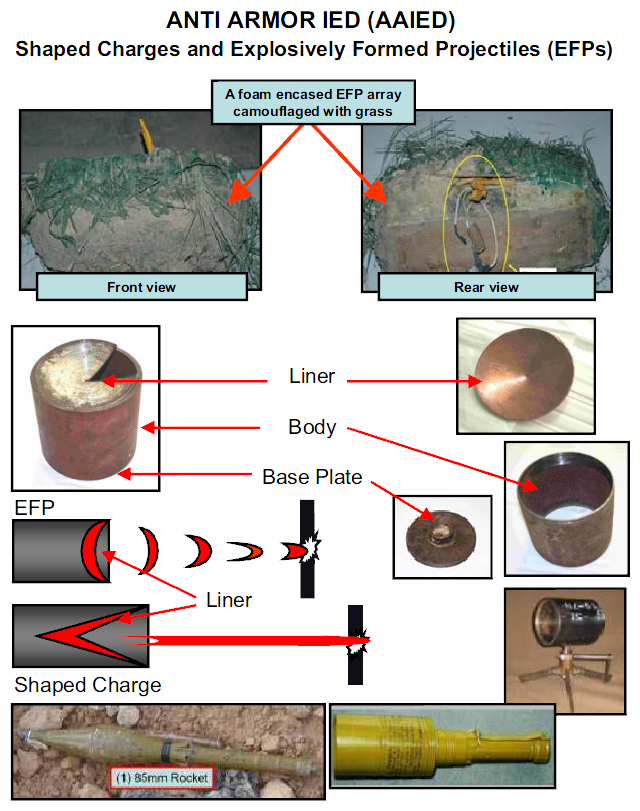 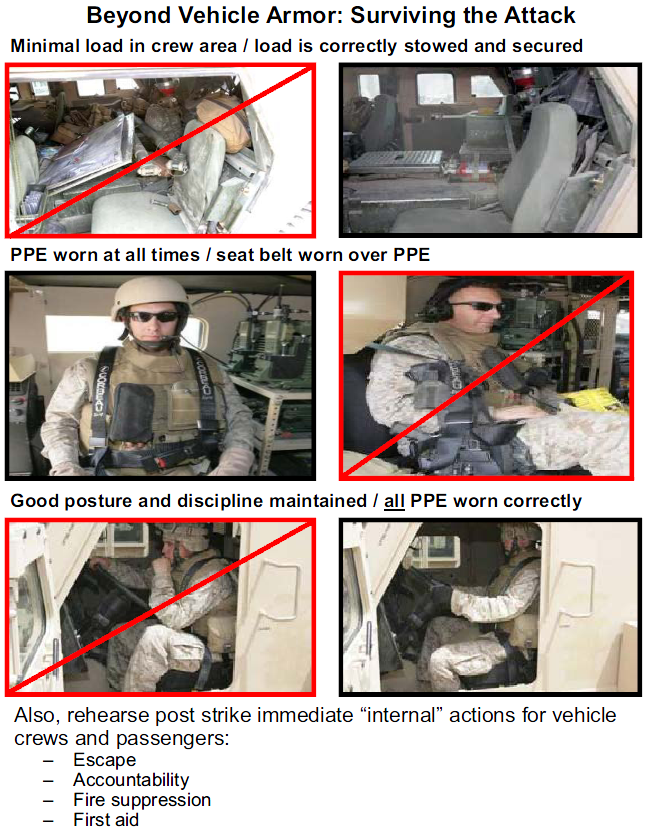 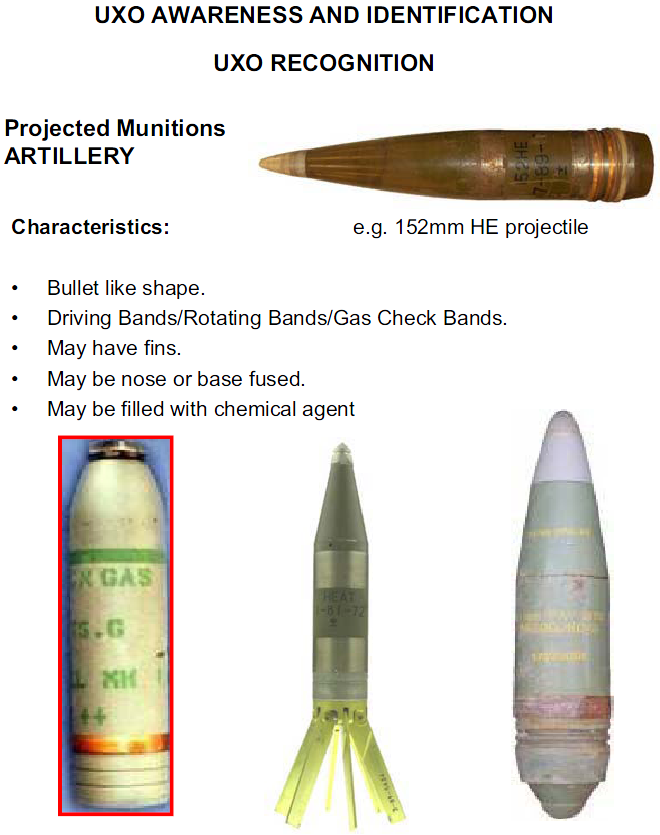 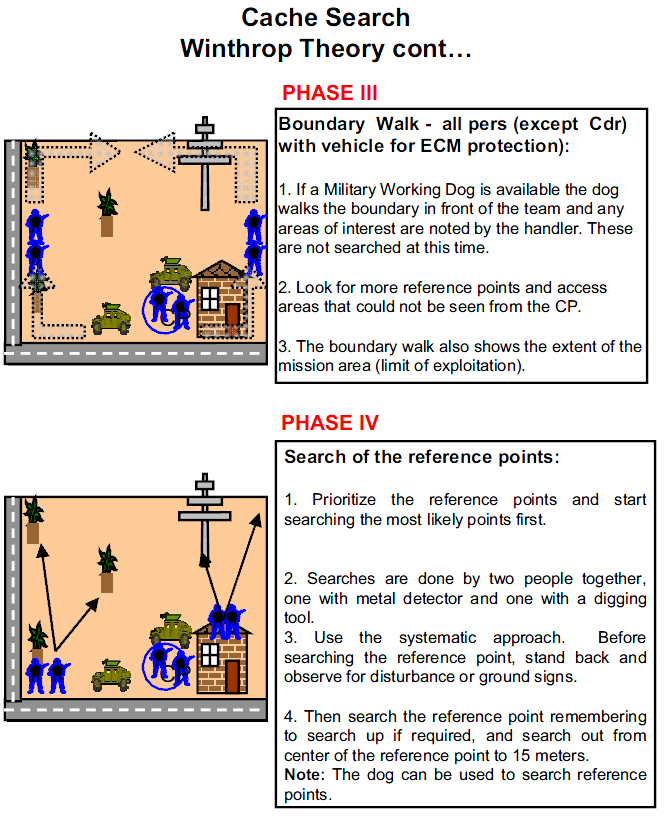