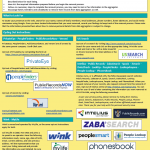 To locate your presence on the web, search for your name, names of family members, email addresses, phone numbers, home addresses, and social media usernames using Google. Once you have located information that you want removed, record your findings to keep track of the removal process. Please note that the information presented here about how to remove personal details from data aggregators is subject to change. 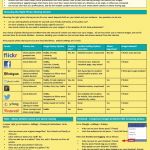 Your choice of photo sharing service determines the amount of control you retain over your images. All services allow you to remove images, but not all services allow for account deletion. However, deleting your content or your account does not ensure removal from the internet. 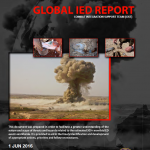 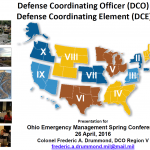 On order and in response to natural/manmade incidents, the Defense Coordinating Officer / Defense Coordinating Element (DCO/DCE) anticipates and conducts Defense Support of Civil Authorities (DSCA) operations coordinating Title 10 forces and resources in support of the Federal Primary Agency (PA) in order to minimize impacts to the American people, infrastructure and environment. 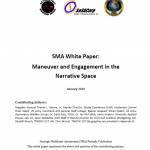 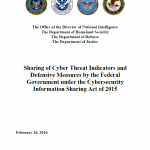 The procedures outlined in this document describe the current mechanisms through which the appropriate federal entities, as named in Section 102(3), share information with non-federal entities. 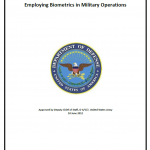 A biometric is a measurable physical characteristic or personal behavior trait used to recognize the identity or verify the claimed identity of an individual. Fingerprints are an example of a physical biometric characteristic. Behavioral biometric characteristics like handwriting are learned and acquired over time. Biometrics is the process of recognizing an individual based on measurable anatomical, physiological and behavioral characteristics. Employing biometrics can help positively identify adversaries, allies and neutral persons. This is particularly useful when facing adversaries who rely on anonymity to operate. Biometrics is not forensics even though the two can, and often are, employed in concert. Forensics involves the use of scientific analysis to link people, places, things and events while biometrics involves the use of automated processes to identify people based on their personal traits. Because of the interrelationship between biometrics and forensics, the Department of Defense (DOD) intends to develop a single concept of operation (CONOP) in the future describing how biometrics and forensics can be employed in a complementary manner. 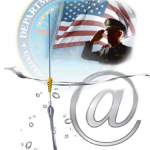 Phishing is an attempt to acquire information such as usernames, passwords, account numbers, and credit card details by masquerading as a trustworthy entity in an electronic communication. 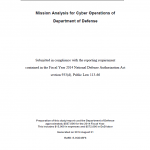 This report fulfills the requirement contained in the National Defense Authorization Act (NDAA) for Fiscal Year 2014, Section 933 “Mission Analysis for Cyber Operations of the Department of Defense (DoD).” The Department undertook an accelerated but deliberate process to conduct the analysis, the outcomes of which are contained in this report. The analysis addressed each sub-section of the statute and was fully vetted across the Department. The results of this analysis reflect the Department’s current view of its requirements for successful conduct of cyberspace operations, leveraging a Total Force solution. As cyberspace capabilities, force structure, and command and control (C2) constructs evolve, the Department will conduct periodic reviews of its cyberspace requirements and adjust them as necessary. 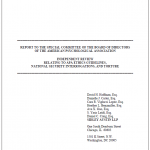 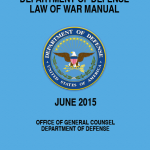 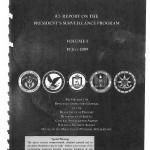 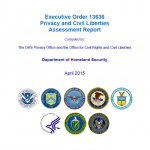 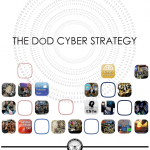 In concert with other agencies, the United States’ Department of Defense (DoD) is responsible for defending the U.S. homeland and U.S. interests from attack, including attacks that may occur in cyberspace. In a manner consistent with U.S. and international law, the Department of Defense seeks to deter attacks and defend the United States against any adversary that seeks to harm U.S. national interests during times of peace, crisis, or conflict. To this end the Defense Department has developed capabilities for cyber operations and is integrating those capabilities into the full array of tools that the United States government uses to defend U.S. national interests, including diplomatic, informational, military, economic, financial, and law enforcement tools. 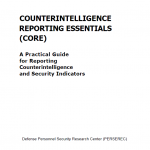 Supervisors and coworkers are willing to report on behaviors that have a clear connection to security, such as transmitting classified documents to unauthorized personnel, but they are unwilling to report on colleagues’ personal problems, such as alcohol abuse. Because it was difficult to discern which reporting requirements were clearly related to security, there was very little reporting. PERSEREC, in collaboration with counterintelligence professionals, developed a clear, succinct list of “Coworker Reporting Essentials” (CORE) behaviors that could pose a possible threat to national security and thus should be reported if observed. The draft CORE was reviewed and edited by counterintelligence professionals at the Counterintelligence Field Activity (CIFA), and was coordinated by the DoD Investigative Working Group (IWG). 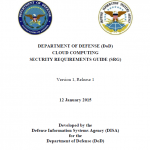 Cloud computing technology and services provide the Department of Defense (DoD) with the opportunity to deploy an Enterprise Cloud Environment aligned with Federal Department-wide Information Technology (IT) strategies and efficiency initiatives, including federal data center consolidation. Cloud computing enables the Department to consolidate infrastructure, leverage commodity IT functions, and eliminate functional redundancies while improving continuity of operations. The overall success of these initiatives depends upon well executed security requirements, defined and understood by both DoD Components and industry. Consistent implementation and operation of these requirements assures mission execution, provides sensitive data protection, increases mission effectiveness, and ultimately results in the outcomes and operational efficiencies the DoD seeks. 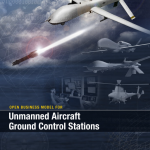 Over the past twenty years, the Department of Defense (DoD) has acquired a diverse portfolio of Unmanned Aircraft Systems (UAS) across the Military Services to meet its national security needs. Newly emergent threats and evolving national security requirements are prompting the DoD to re-evaluate its entire portfolio of systems, while at the same time, seeking to reduce the total ownership costs including lifecycle sustainment costs of these systems. The anticipated reduction in defense spending in concert with advances in information technology provides ample opportunity for DoD to rethink how it acquires, designs, and builds its systems. As a result, DoD is adopting and exploiting open system design principles and architectures to increase competition, foster reuse across systems, and increase interoperability. This new acquisition model requires access to multi-vendor solutions to enable rapid insertion of new technologies to counter emerging threats, avoid technology obsolescence, and decrease time to field new capabilities. DoD is adopting an Open Business Model (OBM) to support the implementation of an Open Architecture (OA) for UAS Ground Control Stations (GCS) in order to drive greater acquisition efficiencies and reduce the total ownership costs. This new model is built upon several lessons learned from the Navy’s own open architecture efforts in the submarine community when it radically changed its approach to building weapon systems due to an emerging threat from an adversary in conjunction with declining budget. 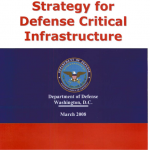 The United States currently faces a dynamic, flexible, and very pragmatic adversary. Due to the unconventional nature of the terrorist threat and the asymmetrical tactics demonstrated both at home and abroad by our enemies, we can no longer expect the protection formerly provided by the oceans bordering our coasts to serve as an effective deterrent to attack. The attacks of September 11, 2001, and other events demonstrated that an act of terrorism can cause worldwide infrastructure asset disruption. In the past decade, hurricanes or other violent storms have also revealed that our infrastructure assets are at risk from destruction, degradation, or disruption by natural events. Given scarce resources, this Strategy’s objectives must be balanced against other priorities outlined in the National Defense Strategy.

DoD Instruction: The Use of the National Guard for Defense Support of Civil Authorities 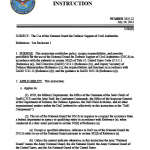 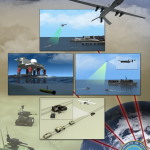 The purpose of this Roadmap is to articulate a vision and strategy for the continued development, production, test, training, operation, and sustainment of unmanned systems technology across DoD. This “Unmanned Systems Integrated Roadmap” establishes a technological vision for the next 25 years and outlines actions and technologies for DoD and industry to pursue to intelligently and affordably align with this vision. 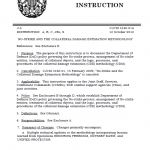 The purpose of this instruction is to document the Department of Defense (DoD) policy governing the No-strike process, management of No-strike entities, treatment of collateral objects, and the logic, processes, and procedures of the collateral damage estimation (CDE) methodology (CDM). 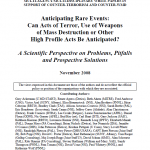 This white paper covers topics related to the field of anticipating/forecasting specific categories of “rare events” such as acts of terror, use of a weapon of mass destruction, or other high profile attacks. It is primarily meant for the operational community in DoD, DHS, and other USG agencies. 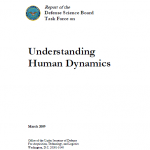 Understanding human dynamics is an essential aspect of planning for success across the full spectrum of military and national security operations. While the adage that “warfare is political conflict by other means” is widely recognized, combatants who underestimate the impact of the human element in military operations do so at their risk. During the Second World War and the reconstruction that followed, as well as during the Cold War, understanding human dynamics was considered essential. As conceptualized in this report, the term “human dynamics” comprises the actions and interactions of personal, interpersonal, and social/contextual factors and their effects on behavioral outcomes. Human dynamics are influenced by factors such as economics, religion, politics, and culture. Culture is defined herein as the particular norms and beliefs held by every human, that impacts how individuals, groups and societies perceive, behave and interact. 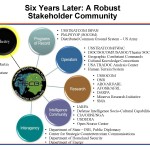 A presentation from March 2013 on the DoD’s sociocultural behavior analysis and modeling technologies and the Human Social Culture Behavior Modeling program. 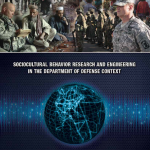 Significant progress has been made toward building a DoD capability for understanding sociocultural behavior, and some solutions have been delivered to military end users. However, there is much work to be done. The complexity of human behavior defies easy understanding or reliable forecasting. In the context of irregular warfare, counterinsurgency, post-conflict recovery, or any other mission setting of the Armed Forces, technology—including computational models—is essential to support decision making. That technology must be rooted in well-validated, inter-disciplinary theory, and applied appropriately, with recognition of its strengths and limitations.