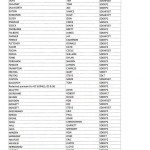 The following document contains the full roster, including ranks, of the Sonoma County Sheriff’s Office as of June 2011. The roster was obtained via a public records request. The names of certain deputies and detectives are redacted because they work on gang and narcotics task forces making their identities exempt from disclosure under California Government Code 6354 (c), (f) and (k). 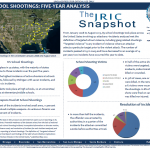 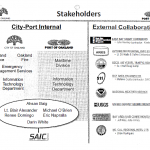 Documents related to the construction of the Domain Awareness Center in Oakland, California including the Science Applications International Corporation (SAIC) proposal to the City of Oakland as well as emails and weekly updates on construction progress. 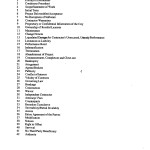 Contract documents between the City of Oakland and Science Applications International Corporation (SAIC) for construction of the Oakland Domain Awareness Center. 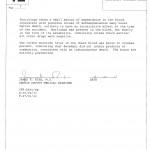 Report from the Los Angeles County Coroner on the death of journalist Michael Hastings released August 20, 2013. 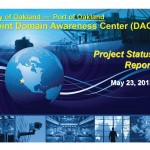 A presentation from May 2013 providing status updates on the construction of the City of Oakland and Port of Oakland Joint Domain Awareness Center (DAC). 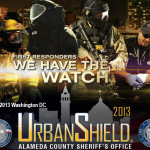 A request for participants (RFP) issued by the San Francisco Public Utilities Commission on June 8, 2012. The RFP concerns the construction of a wireless control and communications network for managing the city’s planned upgrade to dimmable LED streetlights. The RFP states that future uses for the secure wireless network may include street surveillance, gunshot monitoring, public information broadcasts, electric meter reading and pollution monitoring.

The Central California Intelligence Center (CCIC)/Sacramento Regional Threat Assessment Center (RTAC) has prepared the following Situational Information Report on exploding targets, a commercially available binary explosive agent, to provide law enforcement and public safety officials with a better understanding of the potential public safety risks involving its use. While exploding targets are legally permissible depending on state and local regulations, the CCIC is concerned that the mixture may be more dangerous than what is stated on the manufacturer’s website especially if mishandled by individuals with novice experience in handling explosive components or when used in large quantities to detonate bigger targets and, in essence, creating an explosives or incendiary device.

Within the past year, first responders and members of the public have died of asphyxiation, or fallen ill, following accidental inhalation of concentrated carbon dioxide (CO2) gas in public locations. At least two recent incidents are connected with significant gas leaks caused by the failure of liquid CO2 lines connected to beverage dispensers in commercial facilities. Emergency personnel responding to medical or service calls can use signs and symptoms to determine possible CO2 exposure and correspondent risks to first responders.

On May 9, 2012 the California Department of Forestry and Fire Protection (CAL FIRE) conducted a practical evaluation of the Ember Bomb incendiary device as described in the ninth issue of lnspre, a magazine published by al-Qa’ida in the Arabian Peninsula (AQAP).

On the morning of November 9, 2011, thousands of students, faculty, staff, and community members gathered for a noontime rally in Sproul Plaza. Protestors voiced their opposition to a variety of issues including recent tuition increases and state cuts to public education, and their support for the Occupy movement, which began in New York City a few months prior. In the early afternoon, hundreds of protestors convened a “General Assembly,” in which they voted to set up tents near Sproul Hall. The first tents to be erected in the grassy area near Sproul Hall were quickly removed by campus police without incident. Two later incidents in this same area, however, one in the mid-afternoon and one at night, involved the use of force by police against large numbers of protesters. Around 3 p.m., another set of tents was erected. In an effort to remove the tents, the police used batons and other means of force to move protestors that were locking arms and blocking access to the tents. After tense interaction with protesters, the police removed this second set of tents and withdrew to their command post in the basement of Sproul Hall. During this period, six individuals were arrested and more were injured and in some instances handled roughly.

International terrorist groups and violent extremists have long shown interest in using fire as a weapon due to the low cost and limited technical expertise required, the potential for causing large-scale damage, and the low risk of apprehension. Recent encouragement of use of this tactic by terrorist groups and violent extremists in propaganda materials and extremist Web forums is directed at Western audiences and supports Homeland attacks.

Our overriding conclusion can be stated briefly and explicitly. The pepper spraying incident that took place on November 18, 2011 should and could have been prevented. On November 18, 2011, University of California, Davis, police officers used pepper spray on students sitting in a line in the midst of a protest and “occupation” on the campus quad. Viral images of the incident triggered immediate and widespread condemnation of the police action. The UC Davis protest focused on and drew strength from widespread discontent among students about the increase in tuition and fees at the University of California. The incident also took place against the backdrop of worldwide student protests, including demonstrations by the Occupy Wall Street movement, which triggered similar events across the nation. These protests presented challenges for all affected universities and municipalities in attempting to balance the goals of respecting freedom of speech, maintaining the safety of both protesters and non-protesters, and protecting the legitimate interests of government and the non-protesting public.

This bulletin provides information regarding the role females, who are not members, play within California gangs. Because females often avoid detection by law enforcement, to mitigate detection, male gangs leverage females to further their criminal activity.

Group logos, flags, and other extremist imagery are prevalent throughout most terrorist and extremist groups. Imagery provides a means of evoking existing emotional and historical memories in addition to communicating ideas to potential recruits. Logos and symbols are often used as visual representation of groups and/or their ideology. Print, internet propaganda, tattoos, clothing and accessories, stickers, and other graphic media are the most common representations of extremist imagery. First responders need to be aware of common extremist imagery as it may indicate involvement or support for a particular domestic extremist organization or international terrorist group.

Firefighters’ roles as a first responder and an emergency medical service allow for unique access to people and information, which can generate invaluable tips and leads. Because the presence and effectiveness of firefighters mitigate the impact of a terrorist incident involving massive human casualties, terrorists have historically conducted preoperational planning that target firefighting agencies in order to limit the effectiveness of their reaction capabilities.

A video taken by a friend of California artist Thomas Flournoy who was beaten by officers with the Santa Rosa Police Department during a violent arrest for obstructing officers following a local event. Sonoma County Deputy District Attorney Andrew Lukas has reportedly requested that a judge produce a court order to demand the removal of this video from YouTube. Lukas claims that the video depicts a “limited view” of the incident and could cause a bias among potential jurors. We have re-uploaded the video and and are making he original MP4 file available for download so that others may share the video as they wish.

An example of a weekly bulletin released by the Orange County Intelligence Assessment Center to local businesses through its “Private Sector Terrorism Response Group” (PSTRG) on January 6, 2012. The PSTRG was created in “December 2001 to create a private sector partnership [that can] effectively address private sector safety, incident management, employee education and public health consequences of potential attacks on the critical infrastructure within Orange County. Two large groups involved with PSTRG are the Orange County Business Council, of which 80% of the major businesses in Orange County are members, and Technet, a consortium of 28 high tech firms.” The bulletin includes excerpts of news articles related to terrorism, a list of upcoming events, including dirt bike events and rodeos, as well as a helpful list of upcoming television shows on the History Channel and other networks that relate in some manner to terrorism.

Steganography—the practice of concealing data within a carrier—may be used to obscure malicious or criminal information and activity from law enforcement. While steganography dates to the fifth century BC, it has long been regarded as, and remains, one of the most advanced forms of clandestine communication. In modern usage, the Internet allows accessibility to, and broad dissemination of, steganography tools, and its application continues to evolve with technology. Understanding steganography in its current state is essential to its identification and detection.

US citizens and assets – including the White House, the Central Intelligence Agency, InfraGard, the state of Arizona, and major defense contracting companies – experienced high-profile cyber threats and attacks in the first half of 2011. Most of the tactics and techniques used were not new, however the increase in attacks during the past few months exemplifies the growth of cyber incursions and reinforces the need to be aware of risks and mitigation techniques associated with cyber threats.

The purpose of this bulletin is officer awareness. Officers should know that instigators involved in violent demonstrations might be familiar with, and might try to apply, techniques from the “Crowd Control and Riot Manual.” The handbook, from Warrior Publications teaches protestors how to defeat law enforcement crowd control techniques. Although it does not address specific groups or organizations, the information is widely applicable.

El Dorado County, California Sheriff’s Department use of force policy from May 1996 to January 2000.

In the United States all people have the right of free speech and assembly guaranteed by the First Amendment of the Federal Constitution and California State Constitution. Law enforcement recognizes the right of free speech and actively protects people exercising that right. The rights all people have to march, demonstrate, protest, rally, or perform other First Amendment activities comes with the responsibility to not abuse or violate the civil and property rights of others. The responsibility of law enforcement is to protect the lives and property of all people. Law enforcement should not be biased by the opinions being expressed nor by the race, gender, sexual orientation, physical disabilities, appearances, or affiliation of anyone exercising his/her lawful First Amendment rights. Law enforcement personnel must have the integrity to keep personal, political or religious views from affecting their actions.